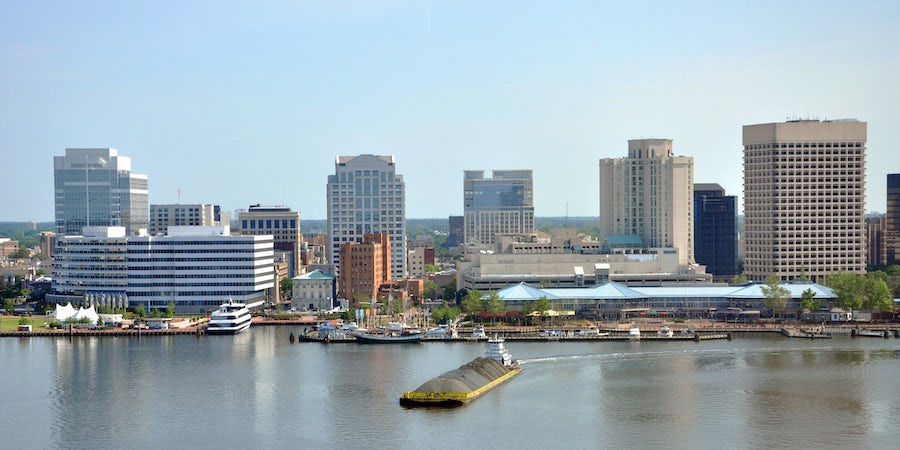 Carnival Cruise Line Will Sail from Norfolk Through 2025

(3 p.m. EST) -- Carnival Cruise Line has signed a five-year agreement with the city of Norfolk, Virginia to operate seasonal cruises from the Half Moone Cruise Terminal through 2025.

Carnival's 130,000 GRT Carnival Magic will become the largest cruise vessel to ever homeport in the city when it begins operations there in 2021. The ship will sail 12 different voyages from Norfolk to The Bahamas, Bermuda and the Caribbean, carrying an estimated 50,000 passengers.

In return, the City of Norfolk committed to improving infrastructure at the Half Moone Cruise Terminal. Additions include provisions to accept larger vessels, along with the purchase of a new gangway bridge.

"Norfolk has been a valued partner for nearly 20 years, and we're delighted to expand upon this relationship with this five-year contract that will bring exciting new choices from the Half Moone Cruise Center," said Christine Duffy, president of Carnival Cruise Line, in a news release. "Our cruises from Norfolk have been very well received by our guests, and this new agreement speaks volumes about our confidence in growing this market."

Between May and October 2021, Carnival Magic will embark on a series of four- to eight-night sailings from Norfolk. These include quick getaways to The Bahamas and Bermuda, and longer voyages that explore the Caribbean.

The voyages -- which are now on sale -- include a four-night weekend sailing to Bermuda on May 27, 2021 that returns on Memorial Day (May 31); an eight-night Eastern Caribbean voyage to Grand Turk, San Juan and St. Thomas on October 9, 2021; and two, six-night cruises on May 16 and June 5, 2021 that visit Freeport, Nassau and Half Moon Cay in The Bahamas.

Carnival Magic is scheduled to undergo a dry dock and refurbishment in Europe in early 2021 before returning to the United States.