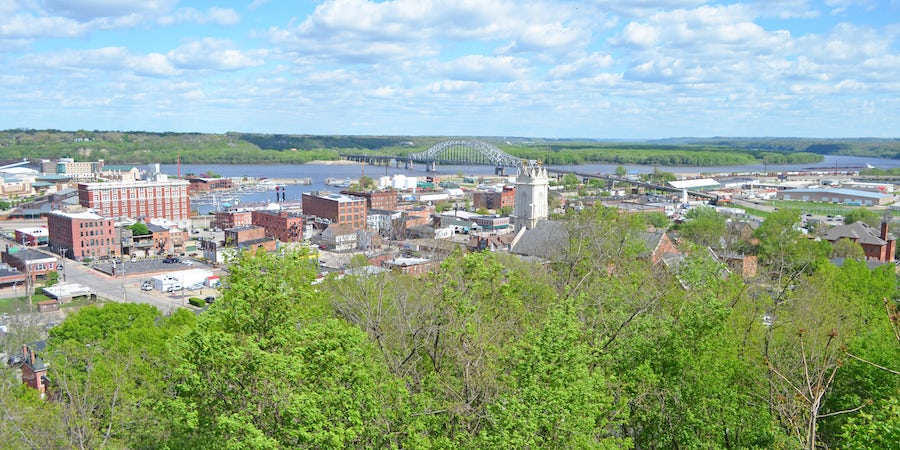 (3:20 p.m. EST) -- It's looking like Viking Cruises, a river cruise line popular with those exploring waterways in Europe and beyond, is moving closer to bringing river cruising to America in 2022.

Rumors about Viking expanding into U.S. rivers have long been whispered, but according to the Associated Press, plans for a dock in in Dubuque, Iowa, are underway. The news agency reports the Dubuque City Council approved a 20-year agreement to share the cost of a nearly $1.8 million dock with Viking Cruises, located near Grand Harbor Resort and Waterpark on Bell Street in Dubuque, Iowa. Set on the Mississippi River, the property is ideally located and a two-minute walk from the National Mississippi River Museum & Aquarium.

Viking's ships are also set to dock at Burlington, Iowa, about 30 times between July 2022 and October 2023, according to the Associated Press, though other ships will be allowed to dock there as well.

In 2018, Viking entered a partnership with U.S.-based shipbuilder Edison Chouest in Louisiana. (To comply with maritime law, vessels sailing U.S. waterways must be built in the United States and staffed by American crew.)

"We are actively working with our partners to launch on the Mississippi River, but at this point in time we do not have any details to share regarding product specifics or a launch timeline," a Viking spokesperson told Cruise Critic in an email.

Viking recently announced expansion into another trending cruise destination in the U.S.: the Great Lakes. The company, which was a pioneer in river cruising in Europe, expanded into ocean cruising in 2015. In January, it announced it was adding two expedition ships to its portfolio. All of its ships share the same Scandinavian aesthetic, with cruises open to adults only. The onboard focus is on learning and exploration.