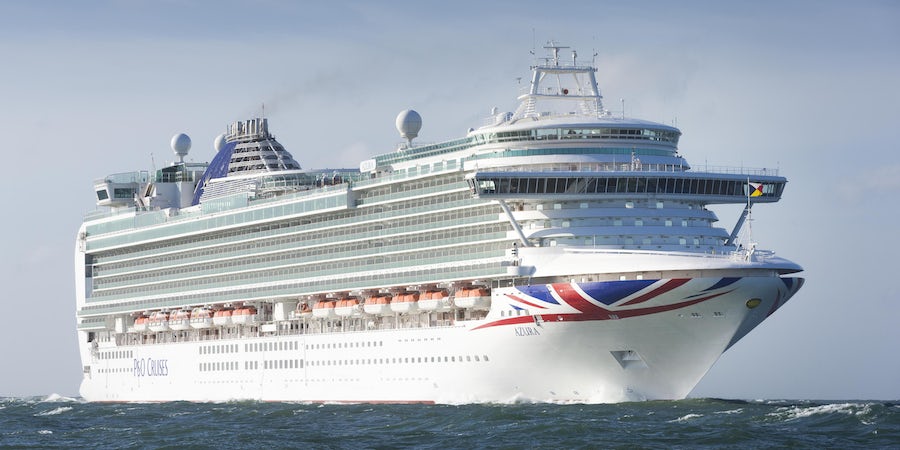 (11 a.m. GMT) -- P&O Cruises has confirmed Azura will head to the shipyard in Ferrol, North Spain, for a multimillion-pound update from April 3, 2020, following the ship’s European repositioning.

The 12-day dry dock will see Azura get open deck areas reworked to improve outdoor dining venues, new canopies and deck furniture will be added and swimming pools and the poolside areas will be refreshed.

Passengers can expect new carpets, soft furnishing and furniture across all public areas, bars and restaurants, while cabins will also get a refresh, "with attention given to beds, bathrooms, woodwork, lighting and interior styling", the line has revealed.

P&O Cruises has also confirmed that entertainment venues and children's space H20 will be upgraded; Blue bar, Brodie's, Malabar and the poolside Terrace Bar will offer draught beer on tap and The Retreat and The Oasis Spa will offer new treatments and spa experiences.

In P&O Cruises’ Cruise Critic forum, terrierjohn, posted: "There was a recent post on FB, a reply from P&O, giving some details which included major carpet renewals, new cabin furnishings, including curtains and bedding, but I can't remember everything and can't find the post now either."

The ship was last refurbished in 2015, when the iconic Union Jack livery was painted on the ship’s hull. Soft furnishings in the corridors, staircases and main restaurants were updated, the buffet area was also refreshed and Seventeen restaurant became The Epicurean, after sister ship Britannia's high-end for-fee venue.

Azura’s first post-refurb sailing will depart Southampton on April 19 on a 14-night Spain and Portugal voyage.