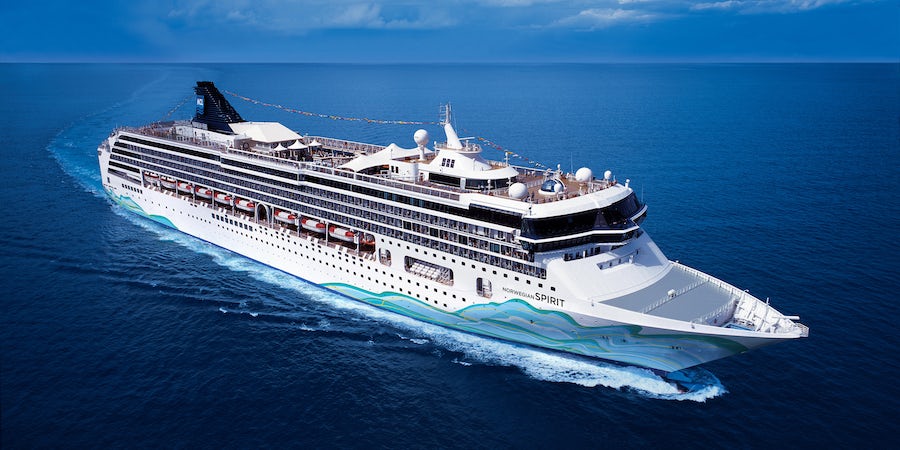 (12:15 p.m. EST) – Norwegian Cruise Line's Norwegian Spirit has emerged from a 43-day drydock with an all-new look as part of a $100-million refurbishment program.

Norwegian Spirit will set sail on a series of 17 to 28-day voyages which will include the Middle East and South Africa before homeporting in Athens (Piraeus) Greece for the first time on April 19, following the cancellation of its previously-planned Asian itineraries due to concerns over coronavirus.

The new itineraries will offer seven or eight ports in seven days, often with late departures and calling in at sought-after destinations including Rhodes, Mykonos, Santorini and Corfu, Greece; Kusadasi and Istanbul, Turkey; Ashdod and Haifa, Israel; Limassol, Cyprus as well as two new ports of call for the brand, Patmos and Volos, Greece.

The changes to the 22-year old ship are sweeping and give Norwegian Spirit a more modern, contemporary look and feel. The Mandara Spa has doubled in size and has a new thermal suite and relaxation area and an expanded fitness center.

An additional main dining room has been added to the ship, along with 24-hour restaurant Taste; The Local Bar and Grill, a revitalized Garden Café buffet area and the second Onda by Scarpetta restaurant at sea.

New to Norwegian Spirit are the Bliss Ultra Lounge and Spinnaker Lounge, which hosts the Humidor Cigar Lounge. The ship also offers the adults-only Spice H20 retreat featuring hot tubs and a dedicated bar before turning into an after-hours entertainment space.

The ship's cabins and suites were also significantly refurbished during the drydock.

With Norwegian Spirit's emergence from drydock, Norwegian has also eliminated single-use plastic bottles on the ship as part of a broader fleetwide initiative announced last year at the debut of its newest ship, Norwegian Encore.

"It is truly exciting to celebrate Norwegian Spirit's sail out of dry dock to incredible destinations following her significant renovation," said Harry Sommer, president and chief executive officer of Norwegian Cruise Line. "Europe is the number one destination for international arrivals, and we are very proud to position Norwegian Spirit for her first post-dry-dock season in this high-demand region."