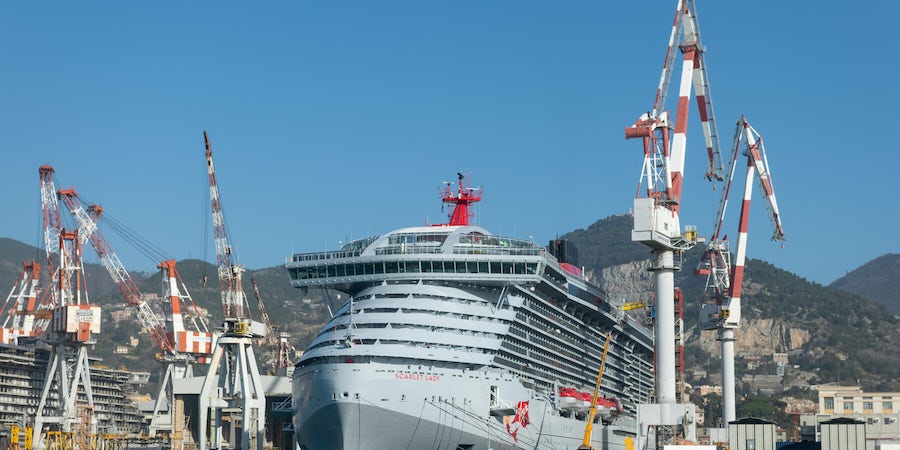 Virgin Voyages second ship, "Valiant Lady" is currently under construction in the same yard, and will be delivered in 2021. The third and the fourth ships, still unnamed, will set sail respectively in 2022 and 2023.

Scarlet Lady will make its way from the shipyard to the U.K. tomorrow, making its first public appearance in Dover, on February 21 -- and Cruise Critic will be onboard.

The ship will be in Dover for the weekend hosting a selection of media and trade partners -- as well as Virgin founder Richard Branson, who will be making a guest appearance.

The 2,770-passenger ship will then sail to Liverpool on the 24th where it will spend the night before beginning its transatlantic voyage to New York, where it will host a showcase event in mid-March.

The ship will then head to Miami where it will be christened on March 19 before beginning four- and five-night Caribbean itineraries.

Scarlet Lady will offer a decidedly rock star-style cruise experience -- only those 18 and older can sail -- with late night parties, Champagne on demand via a shake of your cell phone, a tattoo studio onboard and extensive spa facilities.