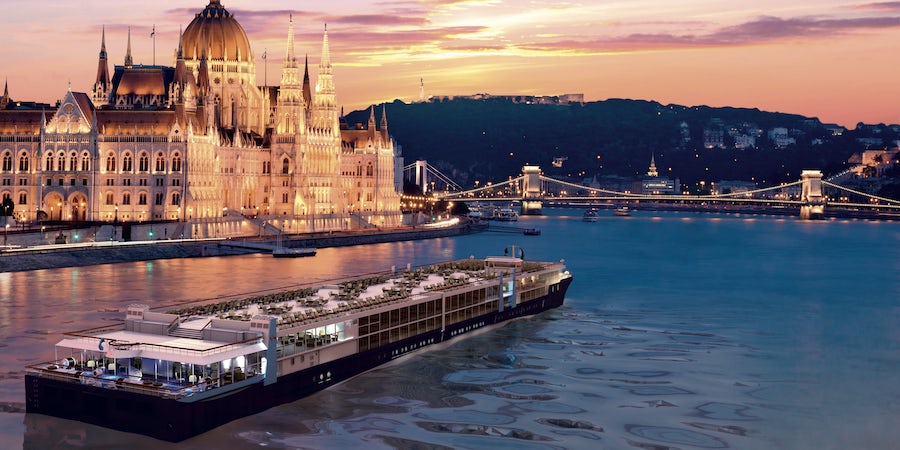 (12:25 p.m. GMT) -- TUI River Cruises has today invited members of the public to apply to become the godparents of two of its three new river ships. The move marks a break with tradition which usually involves celebrities or famous names from the travel world christening new vessels.

Godparent applications must be submitted by February 25, with shortlisted applicants (who will then be expected to take part in a Skype interview) set to be informed the following day.

The honorary title will see the successful applicants officially name TUI Isla and TUI Maya at a ceremony taking place in Amsterdam next month. TUI is inviting both men and women over the age of 18 to apply for the roles.

TUI says the main 'qualification' for the two positions is "an explorer's mind set". In addition to being available to attend the christening on March 23, the successful pair must also be available to "river test" two cruises later this year and make "godparent recommendations".

Chris Hackney, TUI's Managing Director of Cruise, said: "TUI River Cruises has given us an opportunity to start new traditions and having our godparent's role live beyond the launch event with them 'river testing' some of our itineraries and making 'Godparent Recommendations' will be invaluable. It's also really exciting for us to be opening up the search far and wide. Traditionally a ship's Godparent is a Godmother but this role is open to anybody over 18, they just need an explorer's mind-set.

"Exploration means something different to each and every one of us. It may mean discovering an unknown beach in an exotic location to some, whereas for others it's as simple as finding new paths to walk in the woods, visiting new destinations on their doorstep or the thrill of taking a selfie at a world famous landmark. We're not looking for extreme mountain trekkers or arctic explorers, but ordinary people who are curious, open minded and like to travel."

Additionally, TUI has asked for potential candidates from within the travel industry to submit applications to become godparent of the third ship, TUI Skyla.

The three ships mark the British tour operators debut in the world of river cruising.

The vessels were acquired in 2019 from German river cruise operators Werner-Tours and Reiseburo Mittelthurgau Fluss and are being refitted before being re-launched with new names.

The ships will offer 19 adults-only itineraries on the Danube, Rhine, Moselle, Main and Dutch and Belgian waterways, including the 14-night "European Icons" itinerary from Amsterdam to Budapest, or in reverse. The line will feature many of the benefits of TUI's ocean cruise brand Marella Cruises, including tips in the fare, plus flights, transfers and Wi-Fi.

Full details of the role can be found at tui.co.uk/river-cruises/godparents.