You may also like
Dismiss
Coronavirus: Updated Cruise Ship Policies and Cancellations Because of COVID-19 (2021)
Royal Caribbean's Wonder of the Seas Cruise Ship Floated Out From Shipyard
Royal Caribbean's Anthem of the Seas Cruise Ship to be Based in Southampton in 2021
Cruising the Newest Ship Afloat: Live From Celebrity Apex
7 Highlights From a Week Onboard Celebrity Apex
Live From Celebrity Edge: A Cruise That Seems Normal Again; "I'm So Hopeful"
Live From Royal Caribbean's Odyssey of the Seas: Why You'll Never Be Bored on This Cruise Ship
Celebrity Beyond Completes Sea Trials; Moves One Step Closer to Debut
Celebrity Cruises Partners with Annie Leibovitz, Renowned Photographers in Project That Recognizes Diversity in Travel
Just Back From Allure of The Seas' Maiden Galveston Sailing: Hits and Misses 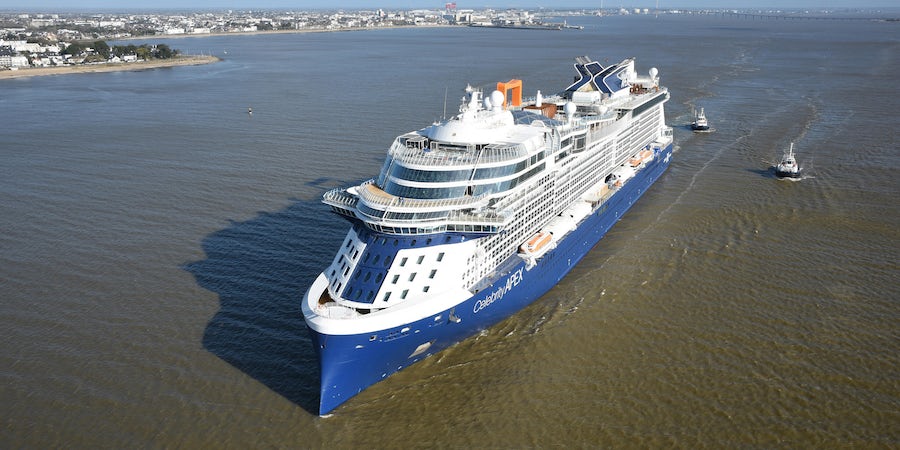 (1:30 p.m. EST) -- Celebrity Cruises' forthcoming Celebrity Apex has passed another milestone as it completed its sea trials off the coast of France last week.

The ship, which will enter service on April 1, 2020, went through its sea trials in the Bay of Biscay and was overseen by more than 50 specialized crew members, including engineers and nautical experts. Despite strong winds and heavy seas, the ship performed admirably, the company said today in a statement.

"The purpose of a sea trial is to test the functionality of the ship, but this wasn't just any sea trial -- and Celebrity Apex isn't just any ship," said Lisa Lutoff-Perlo, president and CEO of Celebrity Cruises. "In typical Edge Series-fashion, the ship absolutely exceeded our expectations, performing perfectly in line with our above-and-beyond operating standards."

Celebrity Apex is the sister ship to Celebrity's groundbreaking Celebrity Edge, which debuted at the end of 2018. Celebrity Apex will offer some enhanced features over its younger sibling, including expanded staterooms with Infinite Verandas and new spa, culinary and wellness features that will make the ship stand alone as Celebrity's flagship.

"It was an absolute honor to stand at the helm of Celebrity Apex for her highly successful first sea trial," said Dimitris Kafetzis, Celebrity Apex's captain. "Celebrity Apex is truly a beautiful and highly advanced vessel."

Celebrity Apex debuts in April with a series of five voyages to Northern Europe before repositioning to spend the summer in the waters of the Mediterranean. In November, the ship makes Fort Lauderdale its home as it begins its winter program of Caribbean sailings.