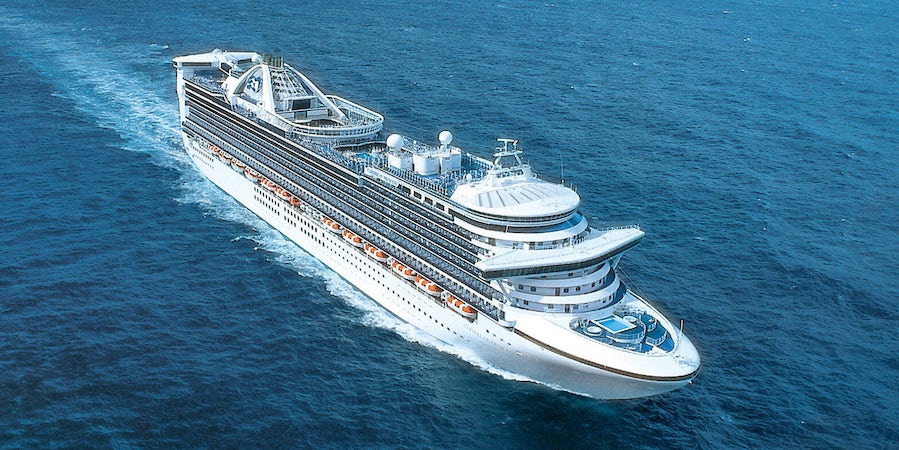 (10:52 a.m. EST) -- Princess Cruises has terminated the current voyage of Caribbean Princess after a number of Caribbean ports refused to allow the vessel to dock due to an onboard gastrointestinal (GI) outbreak (which is unrelated to recent cases of coronavirus).

Caribbean Princess, which is on a 14-day Caribbean voyage that departed February 2 from Fort Lauderdale, was refused entry into three of its scheduled ports of call, including St. Kitts, Barbados, and Trinidad and Tobago over a current outbreak of gastrointestinal illness onboard.

Passengers onboard were informed Sunday night that the remainder of the voyage, which also included Curacao and Aruba, was canceled, with the ship returning directly to Port Everglades. It is slated to arrive on the morning of February 13, three days earlier than scheduled.

"This is a highly unusual development and we share the disappointment of our guests," reads a statement by the cruise line. "However, the health and safety of our guests and crew is our top priority, and in working with the U.S. Centers for Disease Control and Prevention (CDC), it was decided out of an abundance of caution, in this specific instance, to discontinue the cruise."

report issued by the CDC

indicated that a total of 299 passengers out of 3,035 onboard (9 percent) and 22 of 1,161 crew (1.9 percent) have come down with the illness, which is generally caused by viruses and bacteria. It is spread by coming into contact with someone who is ill or by touching affected surfaces, followed by eating or touching your mouth or face. Symptoms typically include vomiting and diarrhea and can last for several days.

Gastrointestinal illnessess (which can be but are not always caused by norovirus) can typically be avoided by washing hands thoroughly with warm water and soap before meals and after using restrooms, and by using sanitizing stations frequently, especially prior to meals.

Cruise Critic message boards member gpd17 is currently onboard and says life onboard is mainly proceeding as normal following the late-night announcement of the termination of the current voyage.

"Other than the restrictions in the buffet and the frequent oral and written public service announcements regarding hygiene, life aboard is as normal as any other cruise," gpd17 said.

"The announcement that we were returning to Fort Lauderdale was made a short time after 10 p.m. I had just turned in and did not go back out. Prior to that, people were in their normal good-natured frame of mind. There was no restriction on movement. Venues were full, people were having fun."

The refusal of entry into port comes on the heels of numerous Asian ports of call turning cruise ships away over coronavirus fears, even when ships experience no active or suspected cases. Tests onboard Caribbean Princess confirm the ship is only experiencing a gastrointestinal outbreak.

The next voyage aboard Caribbean Princess -- another 14-day Caribbean sailing -- is still scheduled to depart February 16.