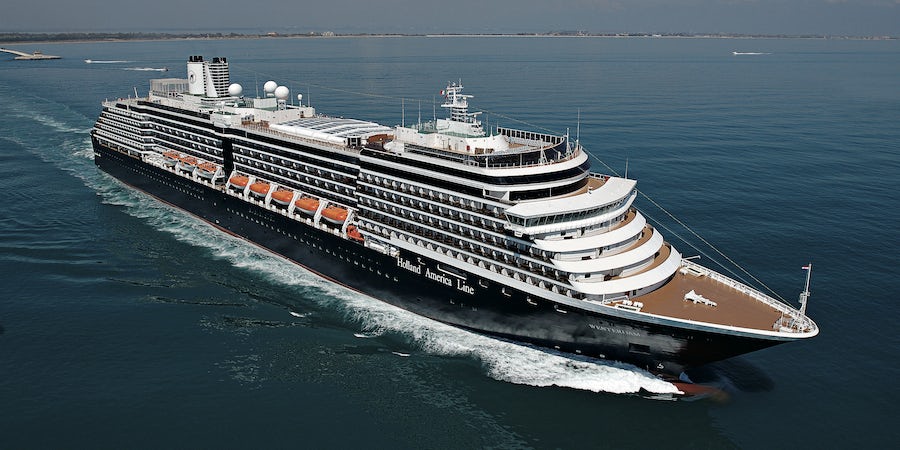 (Updated 5 a.m. EST) -- One case of coronavirus has been confirmed in a passenger that disembarked Holland America Line's Westerdam in Sihanoukville, Cambodia, on February 14. No additional cases have been reported, and the ship's 747 crew members have all tested negative and been cleared by the Cambodian officials.

The ship, which had no reported cases of coronavirus while sailing, was denied entry to multiple Asian ports (Japan, Taiwan, Guam, the Phillipines and Thailand) during its time at sea before Cambodian authorities granted it clearance to dock on February 13.

On February 15, an 83-year-old female American passenger tested positive for the virus en route home, in Malaysia. The passenger flew to Malaysia on February 14 from Cambodia, along with 144 others from the ship, but was the only one to show symptoms.

In a statement, the line said: "Testing done in Malaysia on a Westerdam guest who disembarked the ship to fly home was reported positive for COVID-19, according to a statement by Malaysian Deputy Prime Minister Dr. Wan Azizah Wan Ismail at a press conference. The guest departed Westerdam February 14 and later reported feeling ill at the Kuala Lumpur, Malaysia airport. The guest was taken to the hospital and is reported to be in stable condition. The guest’s traveling companion tested negative for COVID-19.

"Holland America Line is working closely with government and health officials in Malaysia and Cambodia and experts in the U.S. Centers for Disease Control (CDC) and the World Health Organization (WHO). At this time, no other guests or crew, either on board or on their way home, have reported any symptoms of the illness. Guests who have already returned home will be contacted by their local health department and be provided further information.

“’We are in close coordination with some of the leading health experts from around the world,' said Dr. Grant Tarling, chief medical officer for Holland America Line. 'These experts are working with the appropriate national health authorities to investigate and follow-up with individuals who may have come in contact with the guest.'

"During the voyage there was no indication of COVID-19 on the ship. The guest who tested positive did not visit the ship’s medical center to report any symptoms of illness. An additional 20 guests who reported to the medical center during the cruise were tested by health officials for COVID-19, and all results were confirmed negative.

"A full team is on the ground in both Sihanoukville and Phnom Penh, including Holland America Line’s President Orlando Ashford. We are communicating updates regularly as new information becomes available. A special hotline has been established for families."

Westerdam already had plans to remain in port for several days with some passengers remaining on the ship, with full service provided, until onward flight and travel arrangements can be finalized.

On the night of February 14, some passengers reported that they were being held at the airport in Malaysia on their journey home. Via Twitter, @nkirn tweeted a statement from her mother, Jane Futcher: "We are in Kuala Lumpur. Airport here has not permitted the passengers aboard the Holland America charter flight to pick up our luggage or go on to our flights or hotel they booked for us. One enterprising shipmate has called the US consulate number given to us by Holland America and actually reached someone who says he will try to work things out with Malaysian airport and health officials."

Westerdam departed Hong Kong on February 1 on a Japan and Taiwan cruise which was due to end in Yokohama (Tokyo) on February 15.

All passengers on the sailing have received a 100 percent refund of their cruise fare, plus an additional 100 percent future cruise credit.

In a statement, the line said: "Details and itineraries regarding Westerdam deployment through early May will be provided in the coming days.

"Holland America Line has been closely monitoring the very fluid and evolving situation with respect to the ability to successfully operate cruise itineraries in Asia due to the regional concerns surrounding COVID-19. We never want to disappoint our guests, however we are not confident that we could deliver a cruise experience that meets their expectations.

"All guests will receive a full refund of the cruise fare paid. Each guest will also receive a future cruise credit of 25-50% of fare paid depending on the departure date and reimbursement of any travel cancellation fees."