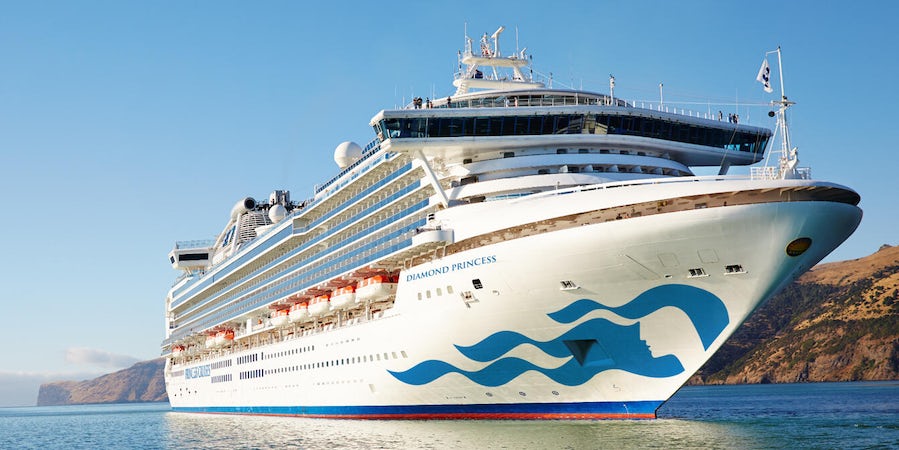 (Updated 3:34 p.m. EST) -- The disembarkation of passengers from Diamond Princess that began February 19 after the ship’s two-week coronavirus quarantine period ended, has been completed.

The 2,670-passenger ship has remained off the coast of Yokohama (Tokyo) after local authorities placed it under quarantine on February 4.

There are fewer than 500 crew members left onboard (the ship carries 1,045 crew), many awaiting government charter flights. For those who will not be departing by charter flights, the cruise line has made plans with the Japan Ministry of Health to quarantine the crew members shoreside. This secondary quarantine is required by the Japan Ministry of Health.

Passengers and crew were initially tested after a resident of Hong Kong, who disembarked Diamond Princess on January 25, presented himself at the hospital and was found to have the virus. Tests were initially administered on 273 people on the ship's current cruise who had contact with the man on the previous cruise. Since then, more than 500 of the ship's passengers and crew tested positive for the virus.

Embassies, including the U.S., Canada, Australia, the UK, Italy and Hong Kong, began repatriating passengers earlier this week. Australian and British passengers are also set to be repatriated this week, though some passengers opted to stay on the ship and wait out the quarantine period in Japan.

In a statement, the line said: "Princess Cruises confirms that the Embassies of Canada, Australia and Hong Kong are coordinating the collection and transport of their respective citizens (guests and crew) via charter flights today.

"Based on information provided by the embassies directly to their citizens, they will also require an additional 14 days of quarantine upon arrival in their country of origin. A negative COVID-19 test following this quarantine will be required before being allowed to travel to their final destination. We expect to receive confirmation of the exact numbers of those traveling on these charter flights after the flights have departed."

On the morning of February 17, U.S. passengers were evacuated from Diamond Princess via buses that took them to flights chartered by the U.S. government. Passengers who were not found to be ill were flown to one of two military bases -- Travis Air Force Base in California and Joint Base San Antonio-Lackland in Texas -- where they are under quarantine for an additional 14 days.

For more information, read the

For more information, read the

latest statement from the U.S. Embassy in Japan

Evacuation of U.S. passengers took place on the morning of February 17. Buses transported passengers and their belongings from the ship to government-chartered flights.

More than 200 Australian passengers, once they are medically cleared, will be transferred on Wednesday from the ship to a facility in Darwin, Australia, to complete a further 14-day quarantine period. The Qantas charter flight will also take New Zealanders, who will transit home after landing in Darwin.

For passengers who are not being repatriated, Japanese health officials have allowed voluntary disembarkation for passengers to move to a land-based quarantine facility.

"From the information available it is our understanding that this will be a phased approach, with the most medically vulnerable guests in the first phase, including older adults with pre-existing health conditions," the Princess Cruises said in a statement.

All disembarking passengers were tested for coronavirus. Those who were ill were transported to local hospitals for treatment.

If they are not ill, passengers can also opt to stay onboard the ship for the remainder of the quarantine period, which is due to end on February 19.

Health officials in Japan have confirmed that the shoreside facility will offer individual rooms and bathrooms, and food will be provided. Food will not accommodate dietary preferences, but will accommodate certain medical conditions. (No Western meals will be available.)

There are no clinics at the shoreside facility, though prescription medication will be provided. Medical care, however, will require transport to a hospital or clinic.

Princess has canceled all Diamond Princess sailings through to the April 20 departure and has begun notifying passengers.

On February 10, Princess announced all passengers would receive refunds of their fare, other related travel costs, onboard expenses and gratuities, as well as a future cruise credit equal to the cruise fare paid for the voyage which officially ended on February 4. Crew members will still be paid their designated gratuities, the line confirmed.

"Because of the extraordinary circumstances onboard Diamond Princess, Princess Cruises will refund the full cruise fare for all guests including air travel, hotel, ground transportation, pre-paid shore excursions, gratuities and other items. In addition, guests will not be charged for any onboard incidental charges during the additional time onboard," the company said in a statement.

All passengers have received a letter delivered to their stateroom with details on how to process the refund.

More specific itinerary information can be found in our list of updated cruise ship policies and cancellations.