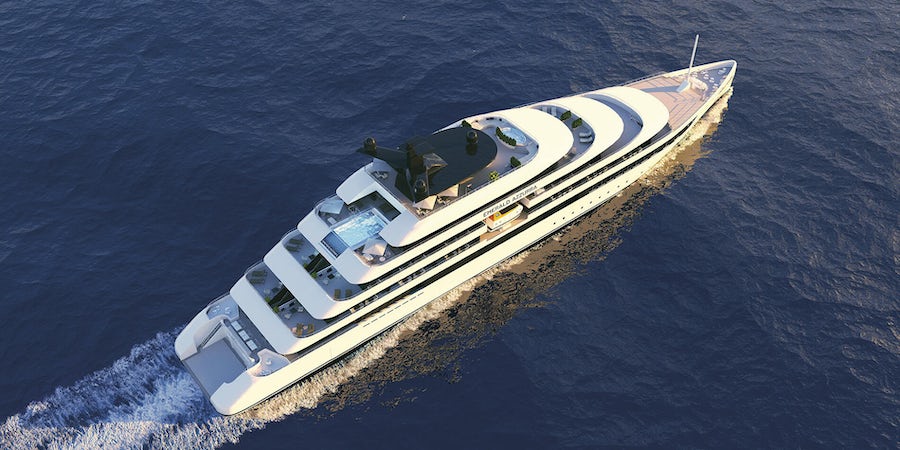 "Emerald Waterways has been operating award-winning river cruises in Europe since 2014," said Glen Moroney, owner and chairman of the Scenic Group, which owns Emerald Cruises. "The launch of Emerald Yacht Cruises and the stunning new Emerald Azzurra are a logical extension of the Emerald Cruises portfolio, adding intimate yacht cruising in the Mediterranean to the existing Emerald Waterways river cruise offerings."

Eighty-eight percent of cabins on Emerald Azzurra will feature balconies, and suites will start at more than 300 square feet. Other onboard highlights will be a wellness center, complete with gym and spa, as well as a marina platform from which passengers can take part in a variety of water-based activities like paddle boarding and snorkeling.

Fares for Emerald Yacht Cruises sailings will include waiter-served dining at dinner; breakfast and lunch buffets stocked with locally sourced ingredients; complimentary sommelier-paired wine, beer and soft drinks with lunch and dinner; all onboard gratuities; transfers to and from the airport; port charges; and all taxes.

Ashore, cruisers can enjoy a range of included tours and optional extra-fee excursions.

Emerald Azzurra is currently under construction at the Ha Long Shipbuilding Company in Ha Long City, Vietnam; the steel cutting ceremony was held at the shipyard on December 7, 2019.