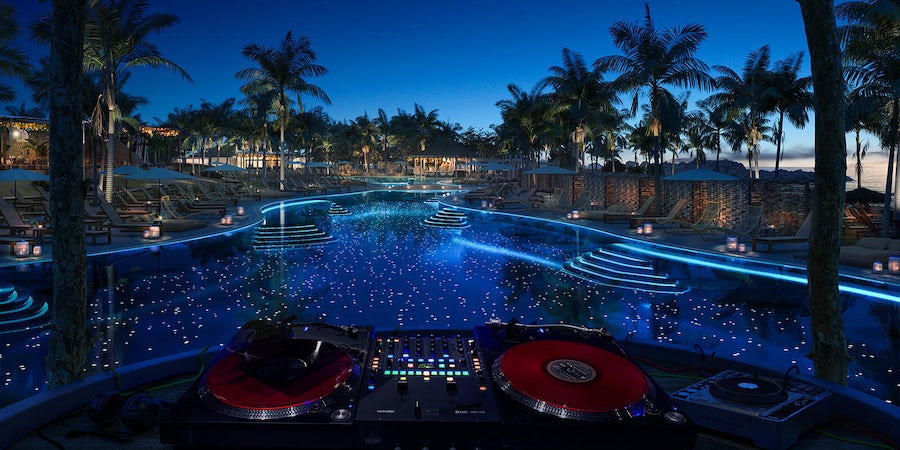 The live performances will take place when the ship visits the cruise line’s private beach club, The Beach Club at Bimini, in the Bahamas.

“Music is a fundamental element of the Virgin Brand's DNA and we know every world class beach club has an epic DJ line up,” said Chris Stubbs, senior director of sailor experience at Virgin Voyages. The beach club “will be as talked about as the infamous beach clubs of Ibiza, St. Tropez and Mykonos,” he added.

As part of the DJ program, Diplo will perform in Bimini during a Rivera Maya sailing that sets sail from Miami on May 3. Ronson will perform for passengers on a Mayan Sol sailing embarking July 5.

The Mayan Sol sailing departing August 30 will have a performance by celebrated DJ MK, while Sofi Tukker will perform as part of a Dominican Daze sailing that leaves December 6.

Ronson is also curating the regular soundtrack at The Beach Club, the line said. Other music experiences onboard Scarlet Lady include Voyage Vinyl, a record shop.