You may also like
Dismiss
Coronavirus: Updated Cruise Ship Policies and Cancellations Because of COVID-19 (2021)
Maine Opens to Overnight Cruises, Negative COVID-19 Test Required
Norwegian, Royal Caribbean Team Up To Create Cruise Health and Safety Protocols
Can a River Cruise Still be Fun in the Age of Covid-19?
Rolling Out the Deals: Why Now Might Be a Great Time to Book a Cruise
Cruising the Newest Ship Afloat: Live From Celebrity Apex
7 Highlights From a Week Onboard Celebrity Apex
Live From Royal Caribbean's Odyssey of the Seas: Why You'll Never Be Bored on This Cruise Ship
MSC Cruises Extends Seasons of MSC Virtuosa Cruise Ship in the UK, MSC Bellissima in Dubai
NCL Reveals More Dining, Design Details on New Cruise Ships Norwegian Prima and Norwegian Viva 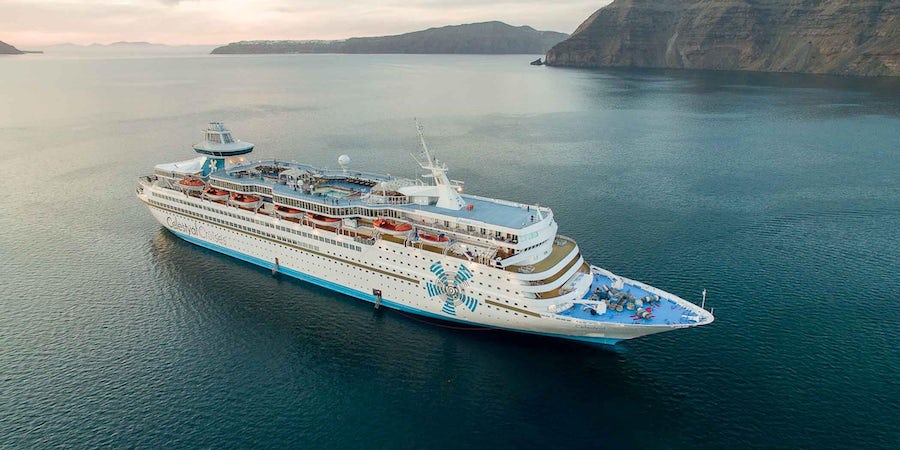 (6 p.m. EST) -- Cookbook author Diane Kochilas, the creator and co-host of PBS' "My Greek Table," and Celestyal Cruises are partnering to offer "My Greek Table at Sea With Celestyal" sailings inspired by the TV series. During these sailings, Kochilas will lead a series of special events focused on Greek and Blue Zone cuisine, and its impact on longevity.

The first of these sailings will debut this fall onboard the October 10, 2020 "Eclectic Aegean" sailing.

"We are thrilled to have such a well-loved and admired Greek culinary icon as Diane as an integral part of this experience and look forward to working closely with her to place additional emphasis on our Greek roots through our cuisine offerings, onboard experiences and Greek culinary-focused shore excursions, which provide our guests with authentic and expanded destination experiences that no other line sailing in the Aegean and Mediterranean can offer," said Leslie Peden, chief commercial officer for Celestyal.

The cruise will feature lectures on Greek cuisine and Blue Zone eating habits, as well as cooking demonstrations led by Kochlas. (Blue Zones are regions of the world where it is believed people live longer than average due, in large part, to cuisine styles. One such Blue Zone is Icaria Greece.)

Cruisers on the "My Greek Table at Sea With Celestyal" sailing will also have the opportunity to take part in culinary-focused shore excursions led by Kochilas in Mykonos, Santorini, Heraklion (Crete) and Volos (Meteora) with visits to local food markets, restaurants and shops specializing in traditional, local Greek food products.

Celestyal will also be working with Kochilas to enhance its current menu offerings on all sailings. The new menus, which will roll out beginning February 29, 2020, will be designed to feature more local and regional cuisine, as well as an exclusive daily signature dish created by Kochilas.

"I am excited to be sailing with Celestyal Cruises and to share my love of Greek cuisine, its products, regional flavors and health-giving qualities with others," Kochilas said. "Greece is an amazing food destination, with delicious adventures in every port of call. The interest we both have in sharing the culture and food of Greece made my participation in this event a natural opportunity."