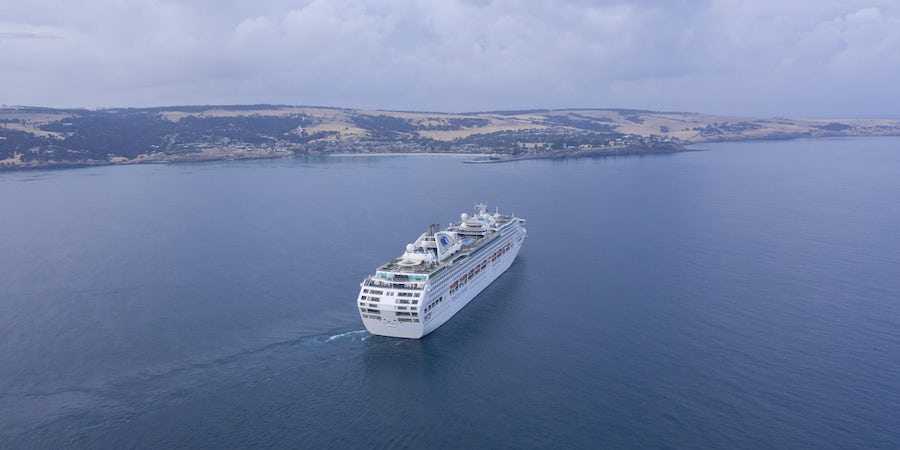 Australia’s cruise industry is celebrating the return of ships to regions affected by bushfires, with no cancellations on the horizon nationwide.

Cruise Lines International Association (CLIA) has confirmed that all major cruise lines in Australia are currently operating as scheduled and continue to visit ports around the country as planned.

On the weekend, Princess Cruises' Sun Princess was the first ship to dock at Penneshaw on Kangaroo Island after several ships were forced to skip the port earlier this month.

CLIA Managing Director Australasia Joel Katz said Sun Princess' call was a major milestone on Kangaroo Island’s path to economic recovery and sent an important message to the outside world to show that Australia is "open for business".

Almost 2,000 passengers came ashore on tender vessels to shop at community markets set up on Penneshaw Oval, while others embarked on tours by local operators.

Sun Princess’s Captain Diego Perra said guests and crew were very mindful of the significance of being the first cruise ship to call since the fire emergency.

“Our guests are aware that in some ways this isn’t a normal visit to Kangaroo Island and that their presence is to show respect and solidarity to the local community,” Captain Perra said.

“Understandably, some local tours won’t be available as a result of the impact of the fires. We have encouraged our guests to support the local tourism operators who have worked so hard to ensure there is a good selection of experiences from which to choose."

“It is both an honour and a privilege for Sun Princess to be the first cruise ship to return to Kangaroo Island following the fires that resulted in the tragic loss of lives, property and wildlife," Allison said.

“It is our hope that this visit by Sun Princess and her guests will serve to boost morale and send a message to the community that their lives are getting back to normal.”

Sun Princess is currently on a 13-night cruise from its homeport of Fremantle with the majority of guests from Western Australia. The ship's earlier cruise to Kangaroo Island had been diverted to Port Lincoln at the height of the bushfire emergency.

Many passengers had made donations to bushfire relief with to be directed to the South Australian Government Bushfire Appeal. Princess Cruises is also directing revenue it would normally receive from the day’s shore excursions to the appeal.

Princess Cruises is part of Carnival Australia which has pledged $1.9 million in total to various bushfire relief efforts in Australia. This includes $1.5 million from the Micky and Madeleine Arison Family Foundation, much of which is funding a UNICEF Australia initiative to support the back-to-school needs of children whose families lost everything in the fires in Australia this summer. Carnival Australia had previously announced a $350,000 commitment to Red Cross Australia to support its bushfire relief efforts.

Cruise tourism on the Kangaroo island has grown significantly in recent years, having increased from three ship visits in 2012 to 26 over the current summer season.