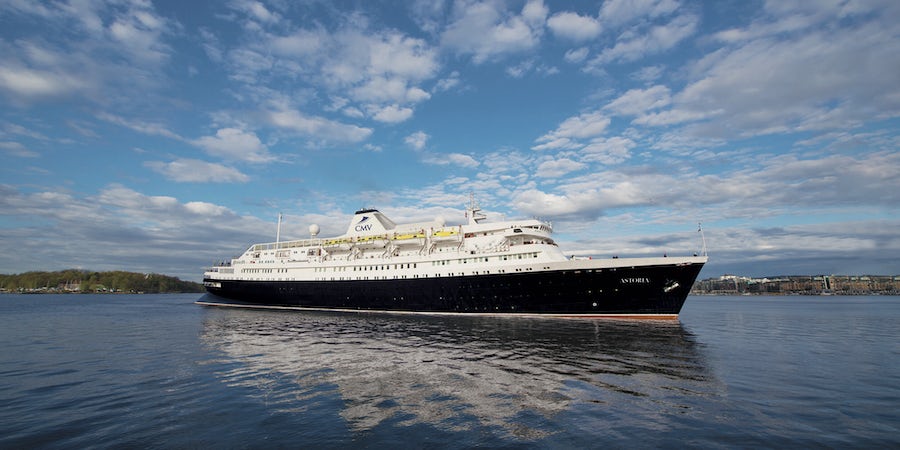 The line has confirmed it will not renew its charter contract for the 550-passenger Astoria -- which has sailed for the line since January 2015 -- and instead plans to concentrate on its new ships for 2021, Pacific Dawn and Pacific Aria, that were acquired from P&O Cruises Australia in November 2019.

Chris Coates, CMV’s Group Commercial Director, said” "Although we will be sad to say farewell to Astoria, especially as she has built up a strong and loyal following, we are excited at the prospect of Pacific Dawn (to be renamed) joining the fleet in 2021 and another traditional-style ship for the British cruise market."

The ship is currently sailing a mini-season in Mexico’s Sea of Cortez and will operate four sailings from Poole in March and April and three sailings from Hull in September and October, with its last sailing as a CMV ship departing October 18, 2020, to Norway.