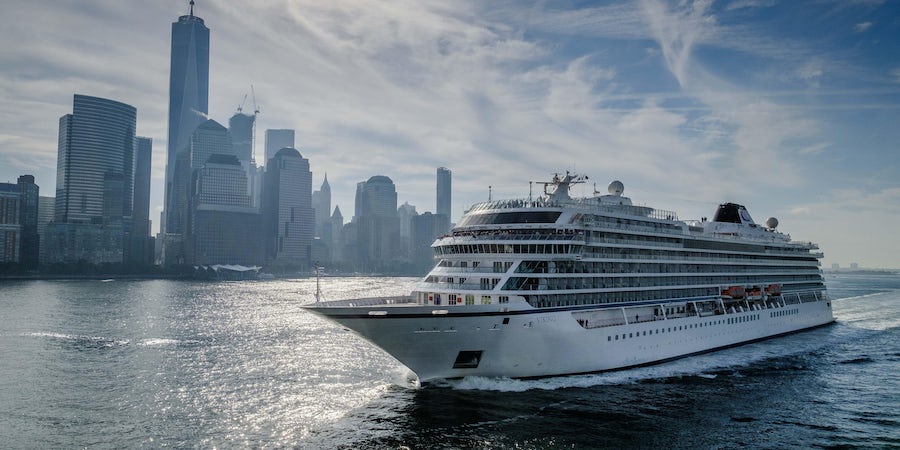 (9:45 a.m EST) -- Citing a desire to focus on destinations, as well as a reflection of its growth into different types of sailings, Viking has dropped the word "cruise" from its official name.

Viking Founder and Chairman Tor Hagen tucked the announcement into an event January 15 in Los Angeles. After the remote christening of the line’s latest ocean ship, Viking Jupiter, and the long-anticipated reveal of its expedition line, Hagen said that the company’s website URL had been changed from vikingcruises.com to viking.com.

“We are about the destination,” Hagen said. He cited the differences that Viking has from several other cruise lines, including the smaller ports, enrichment and the lack of casinos and kids onboard.

The name change is similar to one that Azamara did in June 2019 when it dropped “Club Cruises” from its logo and marketing. That company justified the move because of a significant expansion of its pre- and post-cruise land offerings.

Other new cruise lines coming into the market are also steering away from calling themselves a “cruise;” Virgin Voyages is debuting next month with a whole slew of new names within the industry, such as “sailors” instead of “passengers.” Ritz Carlton, too, is bringing out its new luxury offering as the “Ritz Carlton Yacht Collection.”

Like Azamara, Viking has a full menu of pre- and post-cruise options. But the line’s growth is firmly focused on adding actual ships, now across three categories: river cruising, ocean cruising and coming in 2022, expedition cruising. The fleet currently has 72 river cruise ships (with six more coming in 2020); six ocean ships (with another six contracted) and the two expedition ships coming in 2022.

Travelers who are looking for a specific type of cruise from Viking will still be able to find it. The website has three tabs: one for river, one for ocean and one for expedition.