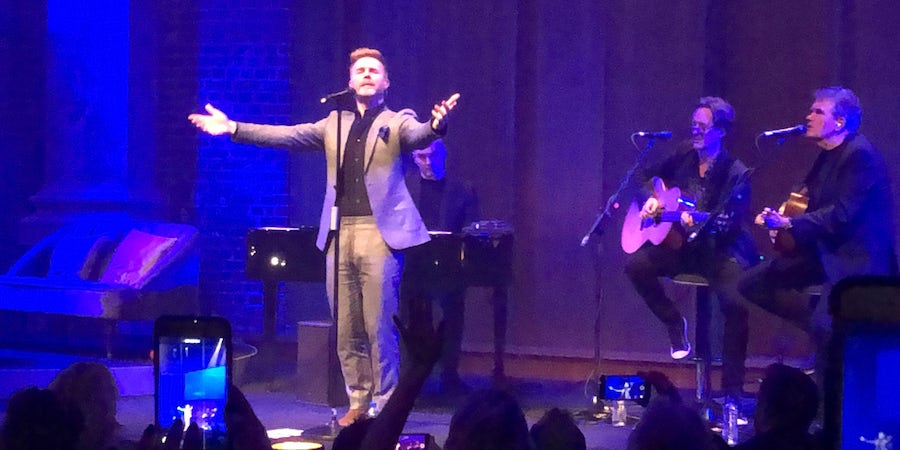 (10 a.m. GMT) – P&O Cruises has confirmed Gary Barlow will sail twice on new ship Iona this year as well as perform at the naming ceremony in July.

The Take That frontman, who was confirmed as Musical Director of the ship’s “710 Club” yesterday, will perform on a Norwegian fjords sailing on August 29th and a Spain and Portugal sailing on October 31st.

The line also confirmed Barlow will perform at Iona’s naming ceremony in Southampton on July 4.

The 710 Club is an intimate music venue on the ship where Barlow said he hopes to foster new musical talent:

"I want The 710 Club to be a celebration of great music and great talent. As its musical director, I want to give a unique experience for people who love music as much as I do," he said.

"Music has been such a massive part of my life -- and taken me on so many journeys and adventures. I’m hoping to pass this on to all the guests in my club."

Barlow will also act as the line's Brand Ambassador, and he confirmed his new roles at a special media event in London last night, where he was interviewed by radio DJ Fearne Cotton and revealed he will be releasing a new album, complete with a 60-piece orchestra, towards the end of the year.

P&O Cruises president, Paul Ludlow, said: "We are immensely proud to have someone of Gary’s stature and talent working with us as brand ambassador. Gary’s impressive career speaks for itself and he will bring his vision and personality to our new The 710 Club; from guiding the resident band, selecting future performers and playlists and even shaping the interiors and signature cocktails."

P&O Cruises new flagship, the 5,200-passenger Iona, is the biggest ship purpose built for the UK market and the first which will run on liquefied natural gas (LNG). It launches in May, but the full naming ceremony, followed by “Ionafest”, a week-long celebration of music on a Norwegian fjords cruise, will not take place until July.