You may also like
Dismiss
Live From MSC Cruises' MSC Grandiosa: What's it Like Sailing on a Big Ship in the COVID Era?
Live From Royal Caribbean's Odyssey of the Seas: Why You'll Never Be Bored on This Cruise Ship
"Cruising With…" Set to Return Next Year -- But Without Jane McDonald
Royal Caribbean's Newest Cruise Ship, Wonder of the Seas, Leaves the Shipyard
Emerald Cruises Officially Launches in Australia
NCL Reveals More Dining, Design Details on New Cruise Ships Norwegian Prima and Norwegian Viva
These Ships Are Coming Back To The U.S. in 2022: Here’s Why You Should Care
A 'Thor: Love and Thunder' Cameo That Gets Cruise Fans Excited
Live from Grandeur of the Seas: The Beloved Lady G Cruise Ship Still Reigns 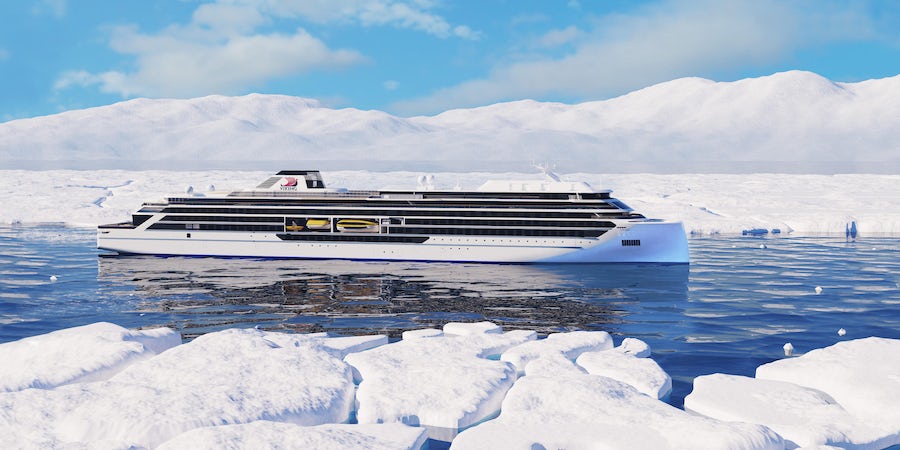 (8:35 p.m. PST) – Viking Cruises, which already oversees successful and ground-breaking river and ocean cruise lines, will branch out into expedition cruising in 2022 with two vessels sailing in Antarctica, the Arctic and the Great Lakes.

The two ships, Viking Octantis and Viking Polaris, will debut in January 2022 and August 2022, respectively. Each will carry 378 passengers in 189 staterooms, making them significantly smaller than the current Viking Ocean ships, which carry 930 passengers. Both vessels will have a Polar Class 6 ice rating, allowing them to safely and comfortably navigate ice conditions.

The announcement took place Wednesday at an event in the Beverly Hilton, Los Angeles, celebrating the christening of Viking Ocean's most recent ship, Viking Jupiter. While the launch of the expedition line was no surprise -- plans to previous guests had been announced in late 2019 and published on the Cruise Critic message boards -- most of the details about the ships' programming, cabins and public spaces had not yet been revealed.

What came out Wednesday makes Viking Octantis and Viking Polaris seem like an active  science lover's dream, with a working lab staffed by research scientists; two submarines with rides included in the fare; a fleet of kayaks and complimentary use of skis, snowshoes and trekking poles.

Creature comforts onboard have not been neglected either, such as an indoor-outdoor faux firepit, staterooms that create an outdoor "balcony" space with a push of a button; and an indoor/outdoor pool complex. The ships also borrow liberally from Viking Ocean ships, with a complimentary Nordic spa; a two-deck Explorers' Lounge at the front of the ship; and familiar restaurants such as the Norwegian comfort food venue Mamsen's, The Restaurant, Manfredi's Italian restaurant and the World Café marketplace.

Fares, too, follow the Viking formula with shore excursions, beer and wine at lunch and dinner; Wi-Fi; self-service laundry; and 24-hour room service included in the price. Viking Expeditions guests will also receive charter flights for hard-to-reach places included in the fare, as well as use of Viking expedition gear. Passengers on polar trips will also receive a Viking Expedition jacket -- saving suitcase space, on the way there, at least (people can keep it) --  and an expedition kit with use of boots, binoculars and waterproof pants.

Also new from the line: The inclusion of the Great Lakes in the expedition lineup.

The four Great Lakes itineraries include eight-day cruises that sail between Thunder Bay, Ontario and Milwaukee; as well as Toronto and Milwaukee; a 13-day St. Lawrence River sailing between New York and Toronto is also planned. Great Lakes ports on the cruises include better-known destinations such as Mackinac Island, Niagara Falls and Detroit  as well as lesser-known Midwest towns such as Houghton, Michigan; Traverse City, Michigan; Duluth, Minnesota; and Georgian Bay, an UNESCO Biosphere Reserve.

In the announcement, Viking Chairman Torstein Hagen called out the economic development that the cruise line planned to bring to the states of Minnesota, Wisconsin and Michigan, as well as Ontario. It's a region that's new to Viking, as the company has yet to bring its river boats to the Mississippi River.

A new brochure from Viking Expeditions confirmed the polar sailings that have already been on sale for past Viking customers since October 2019. Starting January 15, all of the expedition voyages, including those to the Great Lakes, will be open for booking to the public.

Among the additional details about the onboard spaces and programming:

Viking is not the only line entering the increasingly competitive expedition cruising market. Scenic debuted Scenic Eclipse in 2019; Crystal Cruises has an adventure yacht coming out in 2020; luxury line Seabourn is developing an expedition arm and Silversea already has luxury expedition ships in the market, with more on the way this year.

But the in the announcement, Hagen noted that all of the details going into Viking Expeditions build upon the success that the cruise line has already experienced in other sectors.

"We invented the concept of modern river cruising when we launched in 1997; then we reinvented ocean cruises and became the 'World's Best Ocean Cruise Line' in our first year of operation, as well as every year since then," he said. "Now, in creating 'the thinking person's expedition,' we are perfecting polar expedition cruising, and we will usher in a new era of comfortable exploration in the heart of North America."