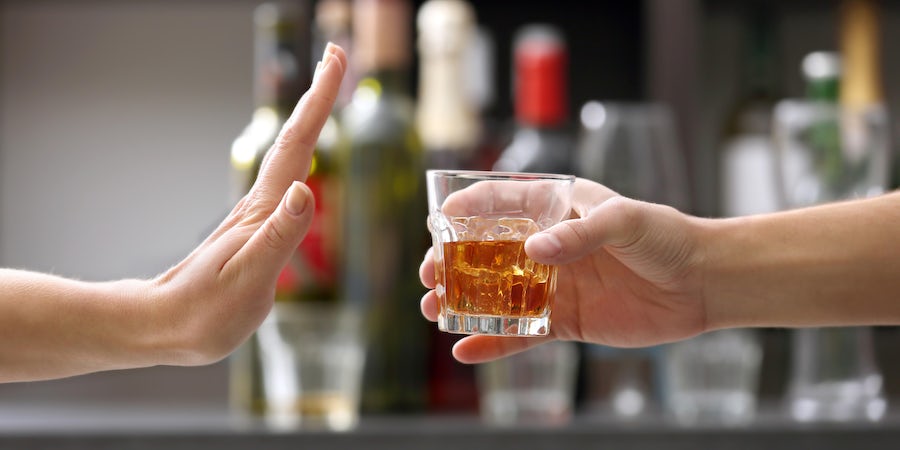 Ditch the Booze And Book a Cruise

Ditch the Booze and Book a Cruise

Ditch the Booze And Book a Cruise

For many people, the New Year means a commitment to give up drinking for a while. It also heralds the start of Wave season offers where people can bag a great-value cruise.

Taking part in Dry January -- or abstaining for even longer -- means money saved from giving up alcohol can be put to a cruise excursion, spa treatment or even a once-in-a-lifetime voyage.

Foreign exchange company Caxton FX worked out that a couple drinking eight pints of beer and one bottle of wine per week at a pub or bar would save £22 each per week (although obviously prices of booze vary and some of us drink more than others).

But, using the £22 average, anyone giving up for seven weeks would have enough to pay for a mini-cruise to Amsterdam, while a full 52 weeks without alcohol could fund a Caribbean voyage.

With Wave season deals in full swing, here are some cruise options that people giving up the booze could spend their money on.

Although the £88 or more saved from successfully making it through Dry January wouldn’t be enough for a cruise, it could easily fund a couple of spa treatments; a nice meal for two in a paid-for ship restaurant, or cover access to the thermal suite on Marella Cruises for a week.

Money saved thus far would pay for a trip to Amsterdam on Cruise and Maritime Voyages’ Weekend Spring Break cruise from Tilbury aboard Magellan. In addition to having a good few hours to explore the Dutch city, a relaxing day at sea offers the chance to use onboard facilities such as the Jade Spa, gym, library and card room, before disembarking the ship at Newcastle upon Tyne. Passengers can hop on CMV’s coach transfer back to Tilbury or can extend their stay in Newcastle and travel home independently. An inside twin cabin currently costs £149 per person, sailing on April 23 2020, discounted from £289.

Could fund a sea-view room on a two-night return Southampton-Cherbourg itinerary aboard P&O Cruises’ Ventura, sailing August 8-10 2020. At £279 per person, secured with a 5% low deposit, the price leaves a little spare to enjoy a nice cocktail at sailaway – non-alcoholic for those still abstaining.

Passengers by now will have saved enough for a five-night Romantic Adriatic cruise-only voyage on Celestyal Cruises’ Celestyal Olympia, which costs £370 per person, discounted from £570. Guests depart Piraeus and call at two other Greek ports, Katakolon and Corfu, before heading to Kotor in Montenegro, then Dubrovnik and Venice. The fare includes a drinks package, daily activities and two excursions.

Would free up £400 which could fund an upgrade from a £1,735-per-person inside cabin to a more spacious suite, with sitting area and floor-to-ceiling windows overlooking a private verandah. A verandah suite on Holland America Line’s 10-day Jewels of the Baltic cruise aboard Zuiderdam costs £2,135 per person on August 9 or August 19 2020. Early bookers get 10% off select shore excursions and other added extras.

Would be enough to add on a four-day cruise to Bermuda for anyone who’s planning a trip stateside to Boston later this year. Norwegian Cruise Line’s Norwegian Gem docks right at the Royal Naval Dockyard, so exploring Bermuda's maritime history, or heading to the famous pink sand beaches such as Horseshoe Bay, is easy. The cruises operate on various dates and an inside cabin starts at £539, when travelling on November 9 2020.

Savings from abstaining would by now have racked up to nearly £600 –enough to book a five-night Netherlands and Belgium City Break cruise from Southampton with Fred. Olsen. This short but sweet cruise aboard Balmoral calls at Rotterdam, Amsterdam and Antwerp, with prices from £599 per person, departing November 13 2020.

Abstaining for 273 days would fund an ocean view stateroom on a seven-night Western Mediterranean cruise with Royal Caribbean. The line’s Allure of the Seas will sail out of her summer 2020 homeport of Barcelona, calling at Palma de Majorca; Marseilles, for Provence; La Spezia, for Florence/Pisa; Civitavecchia for Rome and Capri for Naples.

Book a well-deserved, seven-night all-inclusive fly-cruise on Marella Dream’s Mediterranean Medley return cruise from Palma, Majorca, taking in Livorno (for Florence and Pisa); Savona (for Genoa and Turin); Monaco; Toulon (for the Cote d'Azur) and Barcelona. The May 4 2021 sailing with Marella Cruises starts at £1,004 per person, which includes a £76pp early booking discount.

47 weeks will buy an eight-night Spain and France journey with Celebrity Cruises. The Southampton round-trip, departing May 1 2020, costs £1,029 per person in an upgraded ocean view stateroom on the recently modernised Edge-Class Celebrity Silhouette. The cruise takes in the Spanish ports of Bilbao, Vigo and La Coruna as well as Le Havre in France. Take the no-booze stance to the next level in the state-of-the-art gym or fitness classes that include hot yoga, pulse barre and peloton. Book by March 3 to take advantage of this price.

Congratulations for going alcohol-free for a year. All that money squirrelled away could buy an eight-day Danube Delights river cruise on Emerald Waterways’ Emerald Star, starting at £1,145 per person based on November 1 2020 departure. Sailing between Nuremberg and Budapest, the cruise takes in Regensburg, Passau, Durnstein, Vienna and Bratislava.

Alternatively, the money saved would fund the bulk of a once-in-a-lifetime Islands of the Caribbean & the Azores’ fly-cruise with Fred. Olsen Cruise Lines. The 16-night trip departs March 2020, joining the small, friendly ship Braemar in Barbados and calls at St Lucia, St Kitts, Antigua and St Maarten. A relaxing sailing back to the UK takes in the volcanic and verdant landscapes of the remote, hard-to-reach Azores, as well as the charming Galician city of La Coruna. The cruise starts from £1,299 per person, discounted from the original brochure price of £1,799.