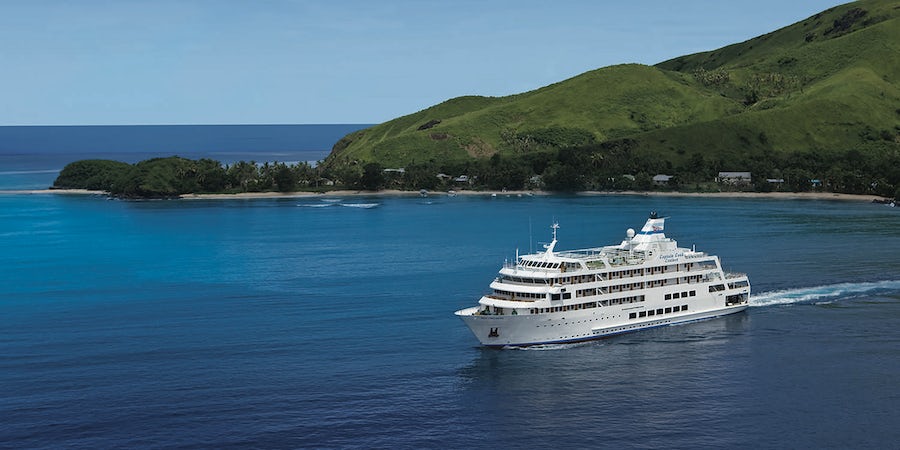 *Updated January 20: Cyclone Tino reached Category 3 on Friday, causing damage to Fiji and Tonga, bad weather in Samoa and Niue, and the cancellation of port visits by Carnival Splendor. Re-classified as an extra-tropical low, it is now moving to the southeast away from New Zealand.*

Fiji is bracing for a tropical cyclone that could strike this week, with some cruises already impacted by the forecast.

Captain Cook Cruises Fiji is monitoring the weather system, as heavy rains are expected to develop into a cyclone late on Wednesday, January 15, which could last until Saturday.

Fiji’s Mamanuca and Yasawa island chains will likely be affected by high winds and rough seas as a result of the tropical depression. The operator therefore confirmed Reef Endeavour will not set sail on January 14 for its four-night cruise through the region, although the January 18 departure is expected to go ahead.

Free amendments are available for existing bookings that will be affected during this period.

“Please be assured that our captains will be conservative and our passengers and crew are our highest concern,” managing director Jackie Haworth-Charlton said. “We will continue to update as the system develops. Our thoughts are with the people of Fiji and her islands.”

Blue Lagoon Cruises told Cruise Critic that it has not yet cancelled any departures but will update customers tomorrow following an update from authorities on the status of the weather system.

Day cruise operators South Sea Cruises and Awesome Adventures have advised customers to prepare for disruptions to services after Tuesday.

This is the second system to threaten the country this year, after Tropical Cyclone Sarai passed two weeks ago. The Category 2 storm damaged a number of farms and forced more than 2,000 people to seek shelter in evacuation centres around the country.