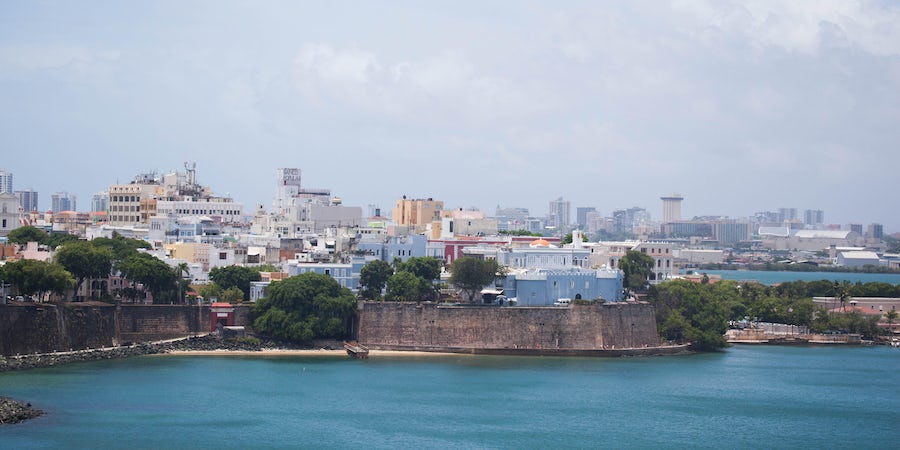 (3:40 p.m. EST) -- Cruises are continuing to call on San Juan, Puerto Rico in the wake of two earthquakes that struck the island. The latest quake, a 6.4-magnitude earthquake, caused widespread power loss on the island, with the local power plant designed to shut off at the first sign of vibrations in the earth.

Much of the damage is centered on the southern edge of the island and primarily affects the municipalities of Ponce, Yauco, Guayanilla, Lajas and Guanica. As a result, cruises calling on San Juan, Puerto Rico are proceeding as scheduled.

"Discover Puerto Rico is in contact with the Puerto Rico Tourism Company to learn more about potential impact to tourism following recent earthquakes," a statement issued by Discover Puerto Rico says. "While damage is still being assessed, it does not appear that areas outside the southern region of the Island were impacted heavily, however, Governor Vázquez has declared a state of emergency as a precaution. Many establishments have lost power but are prepared and are running on generators."

Among those up and running are the San Juan Cruise Port, the Ponce Cruise Port and Airport, the Luis Munoz International Airport, the Puerto Rico Convention Center and most attractions and hotels in and around San Juan.

Both Carnival Cruise Line and Royal Caribbean are sticking with their scheduled visits to San Juan for the time being.

In a statement, Carnival Cruise Line said, "We are closely monitoring the situation in Puerto Rico following last night's earthquake and are in touch with local authorities and the U.S. Coast Guard.  As of now, there are no changes to our itineraries that call at San Juan or to sailings of our San Juan-based ship, Carnival Fascination.  We expect Carnival Conquest to make its call to San Juan as planned for today and have been advised that the power outages were precautionary. We will continue to stay in contact with Puerto Rican officials and update our itineraries and guests as needed. Our thoughts and prayers go out to those affected by the earthquake."

Anyone with plans to fly into the island before an upcoming cruise in the next day or two should contact their respective hotels to double check it's open.