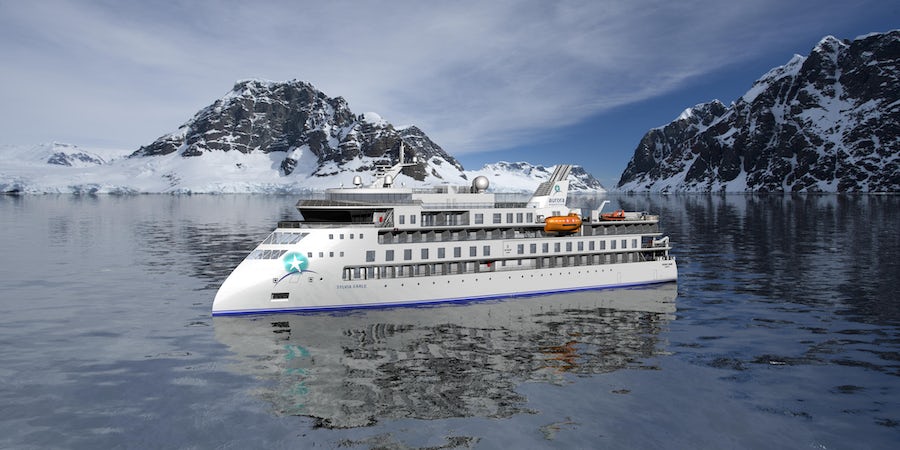 Dr Earle was the first woman to become chief scientist of the U.S. National Oceanic and Atmospheric Administration and named by Time Magazine as its first Hero for the Planet in 1998 -- a tribute to her conservation efforts for marine protected areas and ocean wildlife.

Built to world-class polar standards the ship, the 126-passenger Sylvia Earle will launch in October 2021 in Ushuaia, Argentina, for voyages to Antarctica, the Arctic and beyond.

Aurora Expeditions ships are claimed to have the lowest polluting marine engines in the world, due to a combination of low energy consumption, high fuel-efficiency and a streamlined design. The state-of-the-art Tier 3 engine delivers an 80 per cent reduction in emissions and can utilise virtual anchoring to hold its position instead of dropping an anchor on the delicate sea floor. On-board desalination plants convert seawater to fresh water that is safe to drink. Ships therefore carry less fresh water on sea crossings, further reducing fuel consumption.

“Ninety-seven per cent of Earth’s water is ocean,” said Dr Sylvia Earle. “It is our life support system and we need to learn everything we can about it. I see great synergy in working closely with a company that shares my vision for the future and which is, from the top down, passionate about the marine environment. Through travelling with Aurora Expeditions on the Sylvia Earle, I feel it is an incredible opportunity for people to learn about these marine habitats in situ, and as a result, become ambassadors for protecting them.”

The ship will be the second in the Aurora fleet to sail with the inverted bow design, which also reduces fuel consumption, and has a two-level glass atrium lounge within it, offering extraordinary views to the front to the ship. The top deck will have a pool and hot tubs.