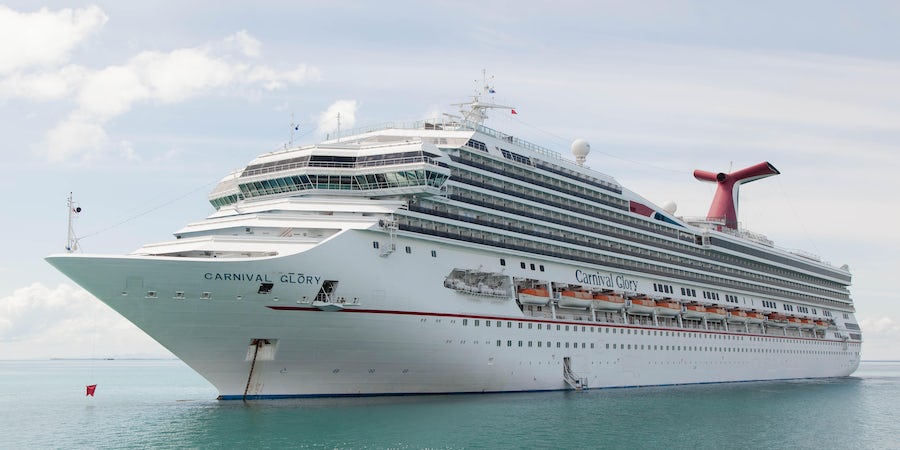 (Update, 12/23/19, 2:12 p.m.) -- Carnival Glory departed New Orleans on its next sailing this morning a little after 10 a.m., a full day later than scheduled. Passengers on the sailing received a one-day prorated refund and an onboard credit of $100 per stateroom.

The only other change to the now six-night sailing is that a scheduled call on Cozumel will take place on December 27 instead of December 24. The line does not anticipate changes to departures for future voyages at this time.

(12/21/19, 11:55 a.m. EST) -- Two Carnival ships -- Carnival Glory and Carnival Legend -- that were involved in a collision December 20 in Cozumel are on their way back to their respective homeports of New Orleans and Tampa, and cruise line officials say both will sail their next cruises, despite the damage.

A Carnival Cruise Line spokesperson has told Cruise Critic that the next sailings, both leaving December 22, are still a go. Carnival Corporation CEO Arnold Donald has also said publicly that people booked on future sailings will not be affected by the accident, which caused some damage to public areas of Carnival Glory but not to Carnival Legend.

A letter distributed to passengers on Carnival Glory on Friday offered an apology from the ship’s captain, who said a formal investigation is underway to determine the cause of the accident, "which we believe was due to spontaneous wind gusts and current."

"The ship has been inspected by the required authorities and there are no issues that impact our ability to sail back to New Orleans," the letter said.

Based on the video, the damage appears to have primarily happened at the back of the ship, where the Platinum Restaurant -- Carnival Glory’s main dining venue -- is located. The letter to passengers noted that a team had been working all day Friday to secure the affected area and that alternative dining arrangements had been made for guests scheduled to dine there. The ship also stayed later in Cozumel than originally planned Friday, departing at 9 p.m.

Passengers onboard Carnival Glory were given $100 per stateroom credit for the disruption, according to the letter.

Cruise Critic members have been following the collision on the message boards; join the conversation. Cruise Critic will continue to follow this story.