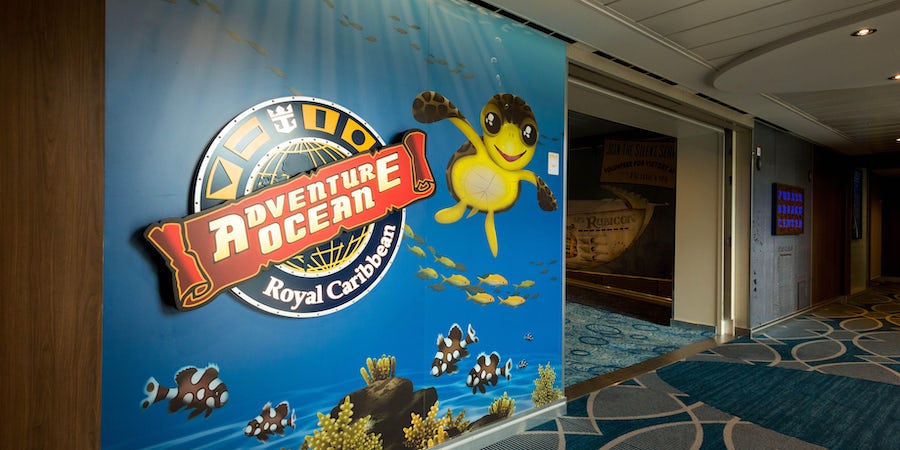 The changes, introduced on Oasis of the Seas, will roll out fleetwide starting with ships with scheduled refurbishments. Although all details aren't yet available, Adventure Ocean will create new names and age configurations for young cruisers, most significantly combining two age groupings into one serving 6- to 12-year-olds.

More information is expected this spring, the cruise line says. Here's what is known now:

Babies: The youngest group, called AO Babies, will serve infants and toddlers, from 6 to 36 months. This replaces Royal Tots, along with Royal Babies and Tots Nursery, which served cruisers ages 6 to 18 months and was neither an official part of Adventure Ocean nor available on all ships. The new play and care area will include musical instruments, sensory toys and other free play toys. As before, dropping your child off incurs a fee ($6 per hour during the day and $8 per hour at night).

Preschoolers: The next tier, AO Junior, is for children from 3 to 5 years old, and will offer interactive and free play toys, including a digital storybook wall. This replaces the Aquanauts grouping.

Kids: The largest section will be for 6- to12-year-olds, which combines two previously separate age groupings, Explorers (6 to 8) and Voyagers (9 to 11), and adds in 12-year-olds. This age group also will have access to new areas including the Arena, a large open space for physical and interactive games, and the Hangout, which will have nooks, gaming consoles and interactive gaming tables where children can pick their own adventure.

This arrangement is similar to the one offered by Disney Cruise Line, which combines kids ages 3 to 12 in one large area with multiple play spaces and activities. The benefits are that siblings or friends traveling together are not separated. However, some parents are concerned whether younger and older children can share spaces and play well together, depending on the programming offered.

Teens: The oldest group, for 13- to 17-year-olds, also represents a change because it will not include 12-year-olds. This teen group will have a new outdoor lounge area as a dedicated space on at least some of the fleet's ships.

Other new offerings, which will serve children of all ages, include the Workshop, which will include activities that are artistic, scientific and technology focused, and the AO Theater, offering a place for movies, theater productions and other entertainment activities. There will also be a Play Place, offering climbable structures for children to experience with their parents.