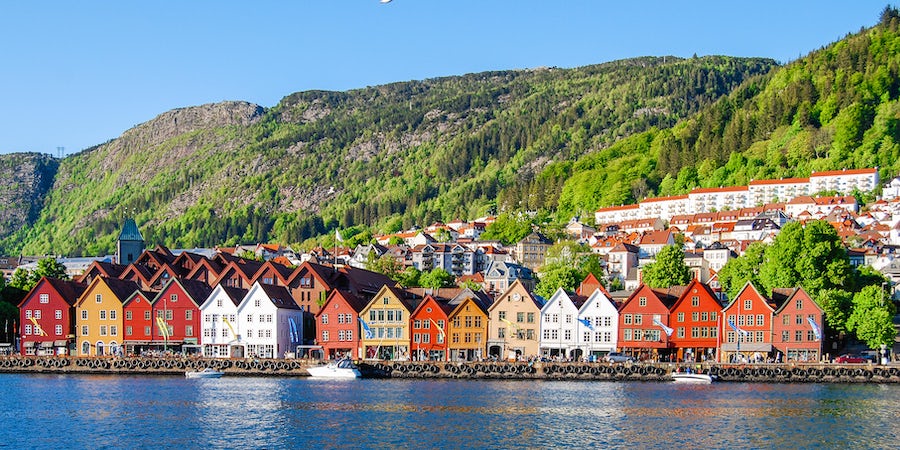 (11:50 a.m. GMT) -- Jane McDonald is set to round off a successful year of cruising with a one-hour Christmas special -- airing at 9 p.m. on December 24 -- featuring Hurtigruten's MS Polarlys in Norway.

"Cruising with Jane McDonald Christmas Special" will see the star make the iconic voyage from Bergen to Kirkenes on a seven-day Classic Voyage North itinerary.

"Winter is a great season to explore the coast of Norway with stunning snow-capped mountains; towns and villages along the coast getting into the festive spirit; and of course, the opportunity to chase the mesmerising Northern Lights.

"The informal authenticity of Norway presented by Hurtigruten comes through, and we are sure this episode will encourage existing and new guests to find their inner explorer and join Hurtigruten for their next adventure, winter or summer!"

Viewers will see Jane feasting with Vikings, snowmobiling, catching King Crabs and trekking to the most northerly part of mainland Europe, the North Cape.

The 482-passeenger MS Polarlys was refurbished in 2016 and features three restaurants, two whirlpools, a sauna and a fitness room. There’s also an onboard expedition team providing a full programme of lectures on the destination.

The current and sixth series of the popular TV show returns on Friday, December 20, with Jane cruising the Adriatic onboard Silversea’s Silver Shadow. The series has also featured Victory Cruise Lines’ Victory II in North America’s Great Lakes; Oceania's Marina in the Western Mediterranean and APT's AmaVerde on the Danube.