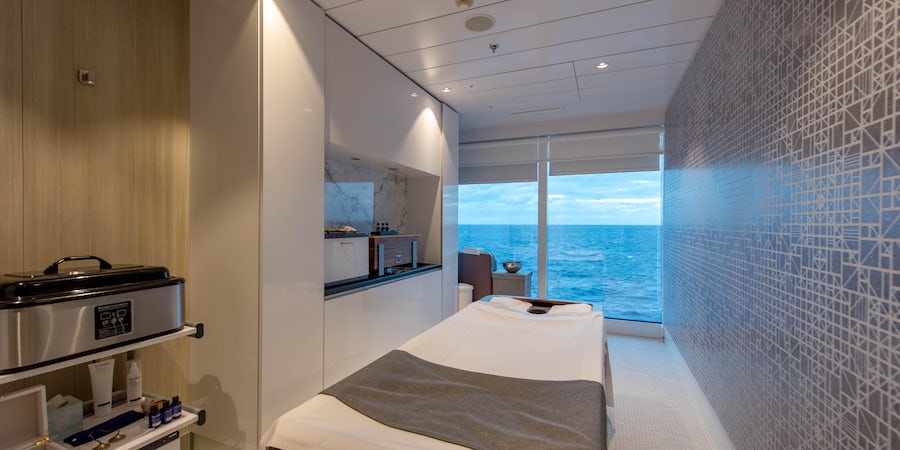 (5:05 p.m. EST) -- Celebrity Cruises is expanding its partnership with OneSpaWorld (formerly Steiner), which until now has only operated the spa onboard Celebrity Edge. Starting in May 2020, the company will run the spas onboard all Celebrity ships (except in the Galapagos, which don't have spas).

"At Celebrity Cruises, our hallmark is providing guests with unforgettable experiences," said Lisa Lutoff-Perlo, president and CEO of Celebrity Cruises. "Our expanded partnership with OneSpaWorld enables us to elevate the guest experience and introduce a myriad of new wellness platforms to enhance our world-opening vacations."

Nine Millennium- and Solstice-class ships will be transitioned from Canyon Ranch to OneSpaWorld, with onboard spas rebranded as The Spa. Spa menus will include more than 124 treatments, including signature offerings, such as the Hot Mineral Body Boost, Poultice-Powered Muscle Release, Restorative Salt Stone Massage, Zero Gravity Massages and Thousand Flower Detox Wrap.

The Spa will also make use of two Gharieni massage beds, first introduced to the cruise industry on Celebrity Edge. The MLX Quartz bed envelopes the body in warm sand quartz while the WellMassage 4D bed uses eight programmed positions to deliver a deeper and more relaxing massage.

The hair salons onboard will be operated through a partnership between OneSpaWorld and Kerastase.