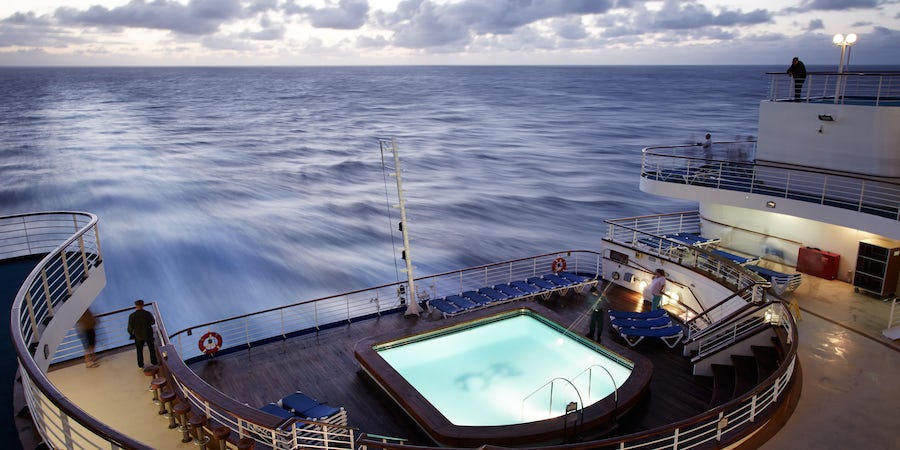 "Cruising with Jane McDonald: Down Under" Screens in Australia Tonight

The cruise show featuring the popular English singer, songwriter, actress, media personality and broadcaster screens on Channel 5 in the UK and has a cult following.

Jane McDonald’s adventure Down Under features a change of format for the series, focussing on just one ship – Sun Princess - and one destination across all three episodes.

Tonight the first episode of the Down Under series takes Jane to the Gold Coast, the hippy town of Nimbin, and Manly Beach where she takes on the waves before boarding Sun Princess.

Episode 2 heads to Brisbane for an evening cruise along the Brisbane River and that classic international visitor ‘must do’: the chance to meet a koala first hand. After being ‘zoo keeper for a day’ at Lone Pine Koala Sanctuary, Jane heads west to Perth for more adventures.

After a week on land, her journey on Sun Princess continues with an electrifying beauty treatment, ballroom dancing and a boozy chef's dinner in the final episode of the Down Under series. More adventures follow in Cable Beach, Darwin and Cairns before Jane’s trip ends in Melbourne.

According to SBS, Jane McDonald “feels like your mum’s saucy best friend who never settled down. She’s honest and vulnerable - something every host of every program like this aspires to but almost never achieves".

With a reputation for tripping over her words and saying things like “I’m chuffing Bear Grylls aren’t I”, the accomplished entertainer doesn’t take herself too seriously and promises to be an entertaining cruise companion for Aussies tuning in to watch the popular television show over the next three weeks.