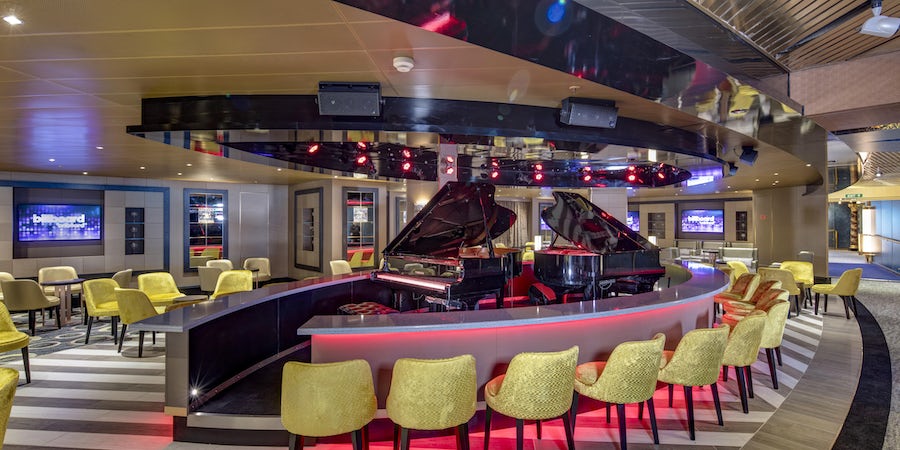 (11:40 a.m. EST) -- Holland America Line's Noordam returned to service earlier this month after a two-week dry dock in British Columbia. Highlights of the refurbishment include the addition of Billboard Onboard, the Microsoft Studio, Fujifilm Wonder Photo Shop and a pickleball court. Other areas that underwent a rejuvenation include restaurants, the spa and cabins.

"Noordam looks better than ever with sleek upgrades, fresh decor and the addition of new spaces like the popular Billboard Onboard, which receives rave reviews from guests," said Orlando Ashford, Holland America's president. "We are always investing in our ships and onboard amenities and offerings to ensure that guests enjoy the latest and greatest experiences, particularly in the area of authentic music, as we are known for having the best live music at sea."

Billboard Onboard joins B.B. King's Blues Club and Lincoln Center Stage, which were already onboard Noordam as part of its Music Walk area. It features the talents of two pianist/singers playing 50 years of Billboard chart toppers.

Microsoft Studio, which will be located in the Explorations Cafe, offers a variety of complimentary computer classes.

Another addition to the ship is the Fujifilm Wonder Photo Shop, which gives cruisers the opportunity to turn photos they've taken themselves (rather than those taken by shipboard photographers) into 3-D photos, keepsake boxes, metal panel prints and more.

Standard cabins received a lighter touch, with all balcony rooms getting new verandah furniture and new sofa beds in staterooms that have that sleep option.

All rooms, regardless of category, received new interactive TV systems, featuring large LED flat-screen TVs with complimentary movies and TV shows on demand, as well as easy access to shipboard information and onboard accounts.