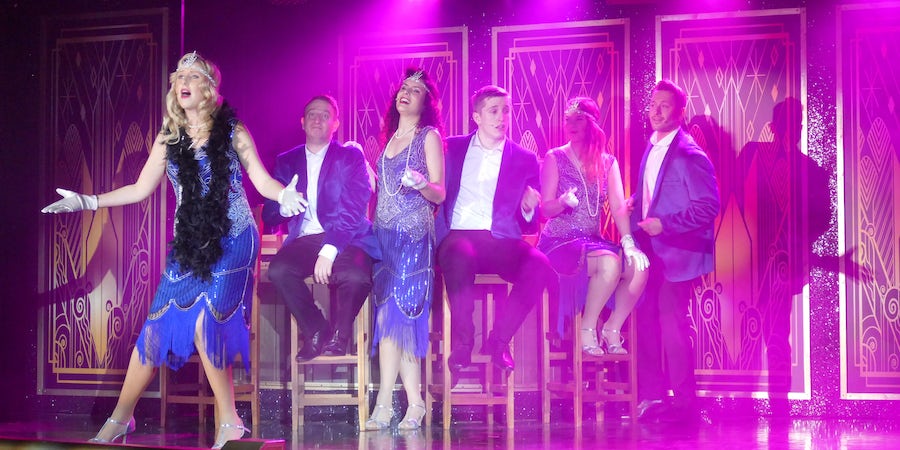 (2:40 p.m. EST) -- Next year, Silversea Cruises is rolling out new shows and entertainment on all its ships.

One thematic addition, called "To the Moon and Beyond," will debut on new ship Silver Moon, which launches in August 2020. The show is described as a retro tribute to space exploration and classic sci-fi movies. Inspired by the recent 50th anniversary of the Apollo 11 moon landing, the show will feature space-age scenery and thematic songs, such as "Fly Me to the Moon," "Moondance," "Bad Moon Rising," "Rocket Man" and more.

In addition, the line's other ships will each host a new theatrical production. All were developed in collaboration with UK-based Luna Rossa Productions.

Silver Whisper will feature "Boogie Wonderland!," a tribute to the music and dances of the disco generation with songs from Earth, Wind and Fire; Gloria Gaynor; the Bee Gees and many others. That show began earlier this month.

Silver Wind will showcase "Late in the Evening," an acoustic tribute to Burt Bacharach, Carole King and Paul Simon, beginning January 23, 2020. It features reinterpretations of classics like "I Say a Little Prayer," "Will You Still Love Me Tomorrow," "Bridge over Troubled Water" and more.

Silver Spirit will offer "Brit Hits," a nod to British contemporary music, which will feature interpretations of hits by artists like Adele, Amy Winehouse, Elton John, Phil Collins, Eurythmics and others. It starts April 15, 2020.

Silver Shadow will run "Carazon," a Mediterranean and Latin-themed music and dance show inspired by Spain and South America, including opera to popular dance beats. The line describes it as "Man of La Mancha meets Rhythm Is Gonna Get You." It starts May 3, 2020.

In addition to the special shows, each ship will feature three other stage productions:

Silver Moon will also offer special events like "LunaFest," a lively mid-cruise music festival to be staged outdoors on deck with street-food carts, and "Silver Sparks," a selection of entertaining moments to pop up at unexpected times in different ship venues. These additions will roll out to Silversea's other ships in late 2020.

The line is optimistic about the broad appeal of the new offerings.

"We are thrilled to unveil this enhanced entertainment program," Antonio Marangi, Silversea's director of entertainment and enrichment, said in a statement. "Differentiation is the key to unique, intimate and exclusive entertainment programming. I know our guests will be delighted by our range of bespoke stage performances, as well as our new concepts."

The producers say the shows are designed to interest the wide range of Silversea passengers.

"We have increased the energy and 'fun' aspects of the program, and we have been working closely with a world-class team of creatives, including scenic designers and choreographers for the benefit of the cruise line's guests," said Marc Sorrentino and Michelle Tough of Luna Rossa. "Guests will experience high-energy shows with beautiful music and a visual feast of gorgeous costumes and interactive scenery."