You may also like
Dismiss
Coronavirus: Updated Cruise Ship Policies and Cancellations Because of COVID-19 (2021)
New Luxury Cruise Line Set to Launch in December
Rolling Out the Deals: Why Now Might Be a Great Time to Book a Cruise
Royal Caribbean's Anthem of the Seas Cruise Ship to be Based in Southampton in 2021
Wave Season Cruise Deals 2021
Adventures by Disney to Offer First Expedition Cruises Geared Toward Families
Ships Ahoy! A Weekly Round-Up Of Worldwide Cruise Ship News
Another Big Week for Cruising in England as More Ships Set Sail, Arrive For Restart
U.K. Black Friday & Cyber Monday Cruise Deals -- Extended
These Ships Are Coming Back To The U.S. in 2022: Here’s Why You Should Care 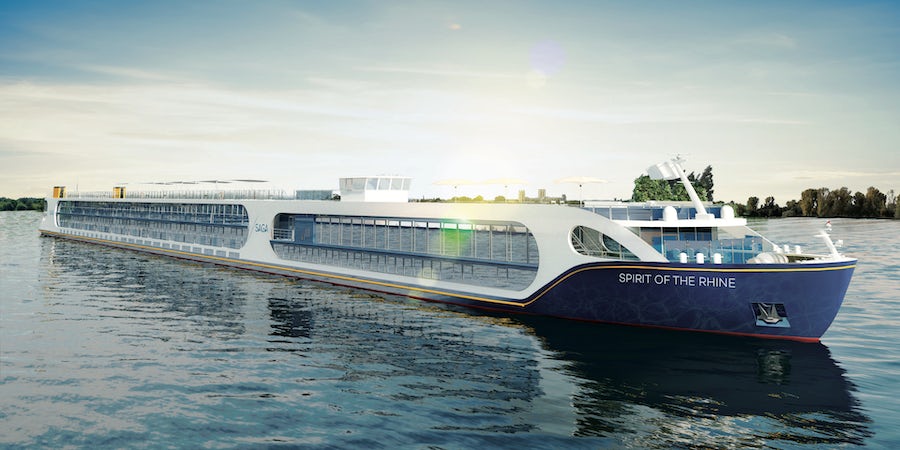 (9:45 a.m. GMT) -- Saga Cruises has revealed the Beatles will be the theme for the inaugural voyage of its first purpose-built river ship, Spirit of the Rhine.

Departing on March 23, 2021, the six-night voyage will feature the music of the Beatles, performed by leading tribute group the Bootleg Beatles, and will include a private guided tour of personal memorabilia at the Beatles museum in Alkmaar, Amsterdam. This cruise will also sail to Hoorn, Enkhuizen and Zaandem.

Saga has announced itineraries for the river ship on routes along the Rhine, Moselle, Main, Danube and the waterways of Holland.

Along with the inaugural sailing, 2021 highlights include Flowers on Parade with Charlie Dimmock, departing April 12; an eight-night Mystery Cruise on May 19 and The Rhine and Glacier Express to St Moritz, departing June 13 and August 29, including an eight-hour Glacier Express train through the Alps and two nights in St Moritz.

The 190-passenger Spirit of the Rhine will echo the boutique style of Saga Cruises’ new ocean vessels and all cruises will be sold on a full-board package, with a minimum of three included excursions on each cruise.

Saga will also be dedicating a Rhine cruise to solo travellers and arranging singles groups on two other cruises.