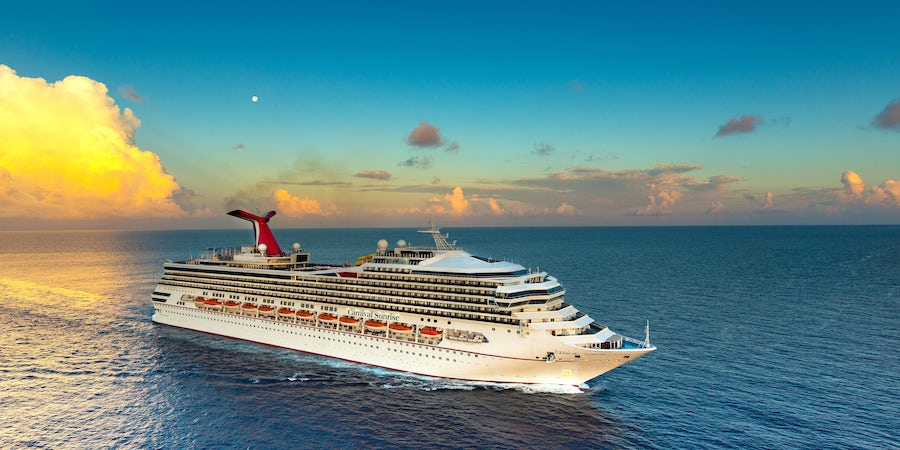 Carnival Cruise Line told Cruise Critic The Plain Joe leads the menu, offering a beef patty topped with two fried eggs, cheddar cheese, cheese sauce and donkey sauce (a spicy mayonnaise), all piled on a toasted bun. And yes, you do get fries with that.

Some cruisers are delighted by the news. "Think it is a flat-out home run," jimbo554 wrote on the Cruise Critic message boards. "Steak and eggs for dinner works. I am sure a burger and egg will as well."

And vegetarians aren't left out. The Good Morning Morgan combines a roasted vegetable frittata patty, tomato, a hash brown patty and a liberal slathering of maple donkey sauce on a toasted bun.

Developed by Guy Fieri, best-selling author, restaurateur and Food Network personality, the eatery aims to bring the appeal of a roadside burger shack to the seas. Although Guy's Burger Joint appears on two dozen of Carnival's ships, the cruise line has not said if it plans to roll out the morning menu on other vessels besides Sunrise.

A burger might seem an untraditional meal to start the day, but many of Carnival's ships serve breakfast tacos at the Blue Iguana Cantina. The line also offers breakfast spaghetti -- a mixture of pasta and eggs -- on brunch menus.