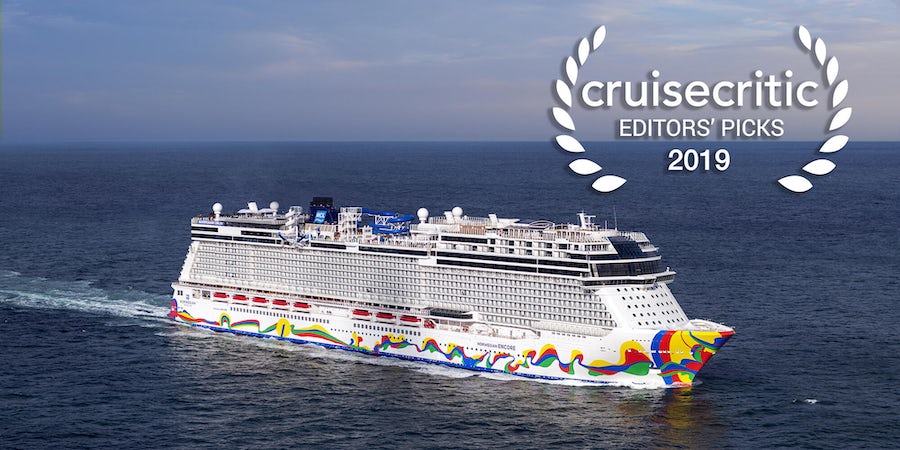 The awards -- divided by ocean, luxury and river cruising -- are selected by Cruise Critic's team of international editors for a variety of categories, including best dining, best cabins and best for families. River cruises and luxury cruises are judged separately.

"This year's awards clearly show there's truly a cruise for every type of traveler," explains Colleen McDaniel, editor-in-chief of Cruise Critic. "From innovative new ships with groundbreaking features to standout offerings for foodies, families and frugal travelers, there are fantastic options for travelers of all kinds.

"The list of winners includes lines with celebrity chefs at the helm of their kitchens, family fun like over-the-top shows and character meet-and-greets, and ships with full offerings of complimentary perks -- sailing to every corner of the globe. Whether you're a seasoned cruiser or a first-timer, these are the lines to sail for an unforgettable experience."

Cruise Critic editors say Norwegian Cruise Line has "perfected the blueprint" of its popular Breakaway Class of ships and cite new restaurant Onda by Scarpetta; the longest go-kart racetrack at sea; a massive virtual-reality game room; and Broadway-caliber shows like "Kinky Boots" and "Choir of Man" as just some of what makes Norwegian Encore the ship of the year.

Other standout awards in the ocean category include Disney Cruise Line, named Best for Families for the fourth consecutive year; Princess, which snagged Best Shore Excursions for the second year in a row; Carnival, taking Best Service and Best Value for Money; Holland America, which won the Best for Itineraries and Best Dining categories; and Royal Caribbean, earning a trio of accolades for Best Entertainment, Best Suites and Best Ship Refurbishment (Oasis of the Seas).

In the river category, best ship AmaMagna was praised for offering more space for passengers in the form of a double-wide design that offers a full-size pool and dedicated spa space. AmaWaterways, which operates AmaMagna, was named Best River Cruise Line and also garnered the title of Best for Active Cruisers for the fourth consecutive year.

Also notable are Uniworld Boutique River Cruises, which was awarded Best Cabins and, for the second year in a row, Best Ship Refurb -- this time for S.S. Bon Voyage -- and Emerald Waterways, which was voted Best Value for Money for the fifth year. Additionally, Viking River Cruises has earned Best for First-Timers for the third year running, as well as Best Itineraries for the second back-to-back year, thanks to its ships that sail all over the world, including Vietnam, China, Russia and most European rivers.

Meanwhile, the luxury category's Best New Ship -- Scenic Eclipse, the first oceangoing ship for river cruise line Scenic -- was hailed for the "wow" factor it delivers via top-notch dining, an upscale boutique hotel atmosphere, and the exclusive submarine and pair of helicopters it keeps onboard.

In other luxury news, Crystal Cruises was named Best Luxury Cruise Line. Viking Ocean Cruises -- sister line to river category winner Viking River Cruises -- came away with Best Enrichment, Best Spa for the fourth year and Best Value for Money for the second. Further, Seabourn clipped two awards for Best Cabins and Best for Solo Travelers, and Oceania received Best Dining for the fourth year in a row and Best Ship Refurbishment for its redo of Oceania Insignia.

As for ports, Seattle was dubbed the Best North American Homeport, with editors calling it "the perfect Pacific Northwest jump-off to the Last Frontier" and praising the city's attractions and cruise-specific amenities and programs.