You may also like
Dismiss
Hurricane Lorena in the Pacific Ocean Causes Cruise Ship Itinerary Changes
Coronavirus: Updated Cruise Ship Policies and Cancellations Because of COVID-19 (2021)
What Happens to Cruise Ships During the Pandemic's Hurricane Season?
Marella Cruises Reveals New 2021/22 Itineraries to the US, Caribbean and Asia
MSC Cruises Pushes Back Restart Date for Second Ship in Med, Extends MSC Grandiosa's Season
Royal Caribbean's Anthem of the Seas Cruise Ship to be Based in Southampton in 2021
Popular Royal Caribbean Cruise Ship To Homeport From Barbados For First Time
P&O Cruises Restarts Cruising For First Time in 15 Months on Britannia
Another Big Week for Cruising in England as More Ships Set Sail, Arrive For Restart
These Ships Are Coming Back To The U.S. in 2022: Here’s Why You Should Care 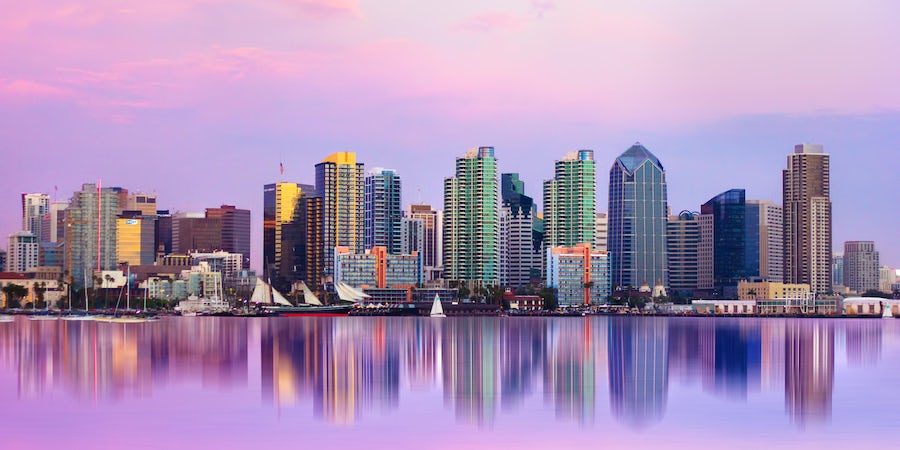 (5:38 p.m. EST) -- Carnival Cruise Line's Carnival Miracle has kicked off a winter season of cruises from San Diego, marking the first time the line has sailed from the port in seven years.

From San Diego, the 2,124-passenger ship will offer a series of three- to 15-day voyages that explore Baja California, the Mexican Riviera, Hawaii and the Panama Canal. Sailings kicked off on December 1 with a seven-day cruise to the Mexican Riviera.

"We're delighted to return to the Port of San Diego...." said Fred Stein, Carnival's vice president of revenue, deployment and itinerary planning. "The West Coast is an important and fast-growing market for Carnival."

Carnival Miracle will return next winter for another season of cruises from San Diego as part of Carnival's West Coast expansion, which also includes the line's first-ever cruise itineraries from San Francisco to Alaska, Hawaii and Baja Mexico. Additionally, the arrival of Carnival Panorama -- the first new Carnival ship to debut in Southern California in 20 years -- kicks off a year-round schedule from Long Beach on December 11.