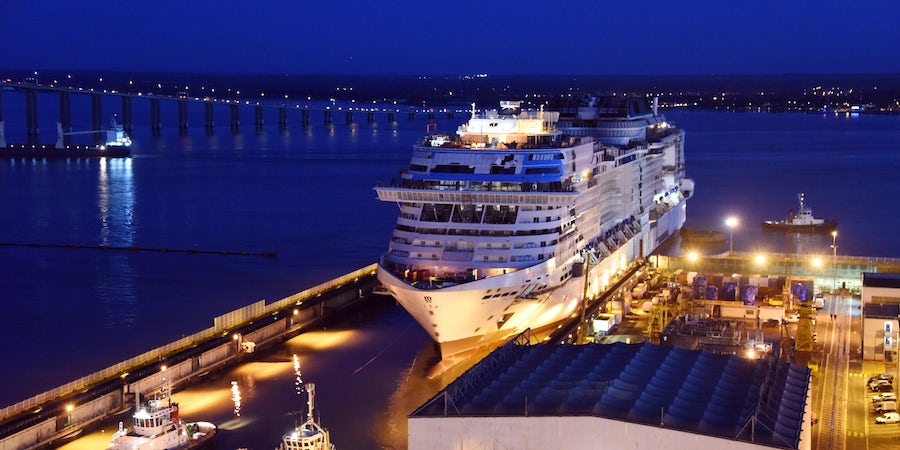 (2:55 p.m. EST) -- MSC Cruises marked another major milestone in its ambitious expansion plans over the weekend, celebrating the float out of new MSC Virtuosa at the Chantiers de l'Atlantique shipyard in Saint-Nazaire, France.

The float out is the third major shipbuilding milestone MSC has celebrated at the shipyard within one month, following the delivery of MSC Grandiosa and the steel-cutting ceremony for MSC Europa, which will become the company's first liquefied natural gas (LNG) vessel.

A float out is a major milestone in shipbuilding, as it's the first time a vessel touches water. With the exterior of the ship largely complete, work will now begin on the interior process, which sees accommodations and public rooms fitted and furnished.

MSC Virtuosa is scheduled to be delivered in October 2020. It will be the second of MSC's Meraviglia Plus-class vessels. A third, currently unnamed, will enter service in 2023 and will also be powered by LNG. MSC is investing roughly \$5.5 million into the construction of new ships utilizing LNG propulsion.

When it enters service, MSC Virtuosa will sail itineraries in the Western Mediterranean from Genoa. In summer 2021, it will be deployed on itineraries in Northern Europe, including the Norwegian Fjords and the Baltic.