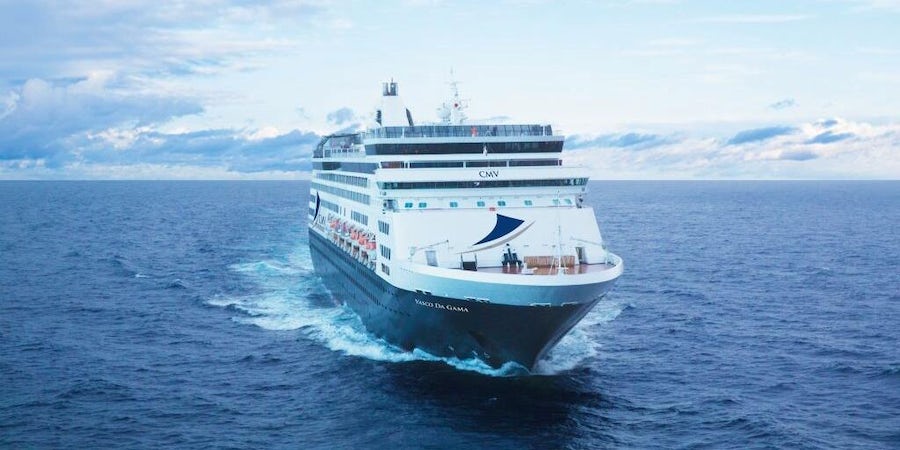 (8:15 p.m. AEDT) -- Vasco da Gama arrived in Sydney yesterday (December 1) for its first season in Australia sailing under the Cruise & Maritime Voyages' brand and with a full complement of passengers.

Every one of 630 cabins had sold out for the 52-night line voyage from Tilbury, England, which made its way Down Under via the Panama Canal and the Pacific Ocean. The journey included a whopping 32 sea days.

Formerly known as Pacific Eden (and before that Statendam), the ship transferred to CMV from the P&O Cruises Australian fleet in March 2019 and underwent dry dock enhancements and technical work in Singapore a month later before heading to Europe.

The 55,877-GRT ship has had very few changes to layout and design, although several restaurants have changed their names and the casino on Deck 8 has been relocated to one side of the stylish Captain’s Club lounge.

The main dining room is still called the Waterfront Restaurant, while the Pantry is now Club Bistro, the Lido Deck casual dining area is now the Alfresco Grill.

The former extra-charge Luke Mangan Salt Grill restaurant has been renamed The Grill and will serve steaks, seafood and surf-and-turf. And while most CMV ships are geared for adults and only carry passengers over 16, Vasco da Gama is billed as a multi-generational ship, although there are no dedicated children’s clubs. There are, however, 40 solo cabins. The onboard currency is AUD.

The ship will be based in Adelaide and Fremantle for a short 10-week season, offering coastal Australian cruises and a couple of round-trip jaunts to Bali from both Australian cities, before heading back to the UK on February 12, 2020.

CMV Australia managing director Dean Brazier said the ship was expected to carry 5,900 more passengers during the 2019-20 season than CMV did last year and promised that the Australian deployment would be longer in the future.

While this inaugural season was short, he said, he expected Vasco da Gama to be based in Australia for five months in the future now that the company had announced a two-ship expansion.

Last week it was announced that P&O ships Pacific Dawn and Pacific Aria (a sister to Vasco da Gama) were to be sold to CMV and begin operations with the fleet in 2021.

Brazier said the line had grown dramatically in its 10-year history, which is celebrated this year. “We are getting four ships, in four years,” Brazier said.

Brazier was on hand in Sydney to welcome travel agents and media onboard for an inspection and lunch, while several dozen travel agents joined a clutch of new passengers for the ship’s five-night sailing from Sydney to Adelaide, via Eden and Melbourne, which departed last night.

Vasco da Gama cruises under the CMV banner in the months from October to April, and transfers to sister German line, TransOcean, where it cruises in Europe for a mainly German-speaking market.