You may also like
Dismiss
Coronavirus: Updated Cruise Ship Policies and Cancellations Because of COVID-19 (2021)
MSC Cruises Hosts Original Girl Band The Nolans On Newest Ship for TV Show
Celestyal Cruises Buys Costa Cruises Ship
The Majestic Line Set to be First Cruise Line to Restart Cruising in the UK
Marella Cruises Reveals New 2021/22 Itineraries to the US, Caribbean and Asia
Royal Caribbean's Anthem of the Seas Cruise Ship to be Based in Southampton in 2021
"Cruising With…" Set to Return Next Year -- But Without Jane McDonald
MSC Cruises Extends Seasons of MSC Virtuosa Cruise Ship in the UK, MSC Bellissima in Dubai
These Ships Are Coming Back To The U.S. in 2022: Here’s Why You Should Care
Royal Caribbean Showcases New Icon of the Seas Cruise Ship with 'Making an Icon' Video Series 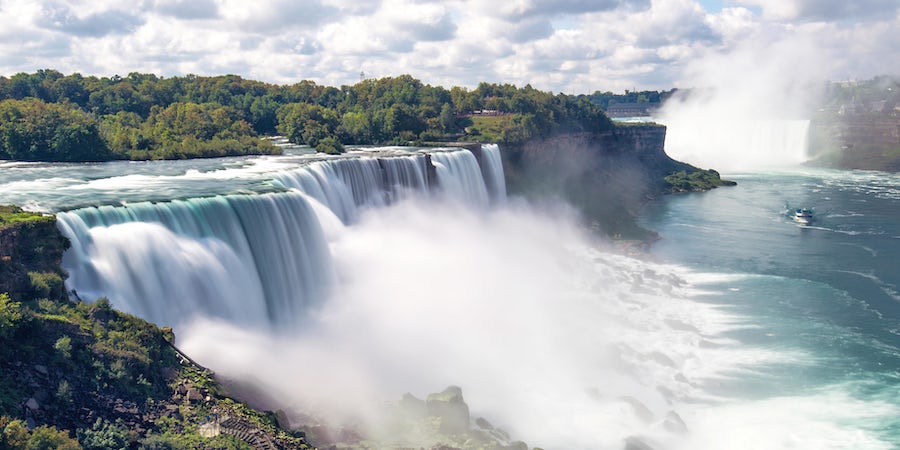 Jane gave her 151,000 Twitter followers a sneak peek of the new series earlier this week, which will also see her experience Oceania's Marina in the Western Mediterranean (episode two); APT's AmaVerde on the Danube (episode three) and Silversea's Silver Shadow in the Adriatic (episode four).

The next series of 'Cruising with Jane McDonald' starts this Friday, 29th November, at 9pm on @channel5_tv #CruisingwithJaneMcDonald pic.twitter.com/Qo5UBSH9vE

In the first episode viewers will get a glimpse of the 202-passenger Victory II, which launched in 2018, as Jane experiences the 10-day Great Lakes and French Canada voyage -- with highlights including Niagara Falls.

Jane will experience a boat tour under the iconic Horseshoe Falls, followed by a 670-metre zip wire excursion into the gorge towards the base of the Falls.

The sailing will begin in Detroit, Michigan, taking in Lake Erie and Lake Ontario before cruising up the St. Lawrence River to Montreal, Quebec, Canada, with ports of call including Cleveland, Ohio; Toronto, Ontario, and Quebec City.

Jane exclusively confirmed the new series to Cruise Critic earlier this year. There will also be a Christmas special and an eighth series of the show in 2020.

Catch the new four-part “Cruising with Jane McDonald” series from Friday, November 29, at 9pm on Channel 5.