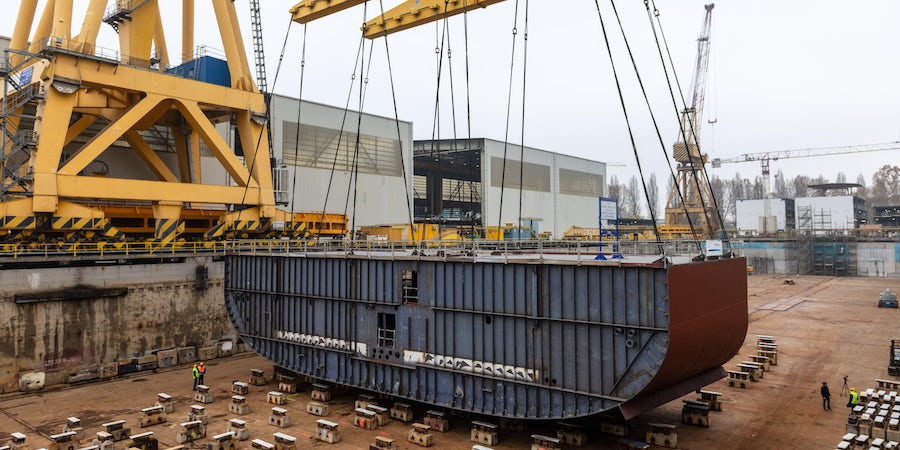 Ryndam is the third vessel in HAL's Pinnacle Class of ships, which also includes Koningsdam and Nieuw Statendam. All three ships can hold 2,668 passengers in 1,340 cabins.

The keel, which is laid in pieces, is the central structure of the ship that the hull will be attached to. The piece of Ryndam's keel that was lowered by crane into the yard's building dock is nearly 46 feet long and weighs more than 500 tons. It is one of 85 blocks in total that will make up the ship.

"The keel laying is an important construction milestone because it marks the moment when we can really start to watch the ship take shape and progress toward its launch in 18 months,” said Orlando Ashford, president of Holland America Line.

Ryndam is scheduled for delivery in May 2021. Holland America has not yet revealed any details about the ship, but it is expected to be nearly identical to its sister ships with onboard features such as a Music Walk with a B.B. King's Blues Club, Rolling Stone Rock Room, Billboard Onboard and Lincoln Center Stage. Restaurants onboard will likely include French brassiere Rudi's Sel De Mer, the line's signature steakhouse Pinnacle Grill and Italian eatery Canaletto.