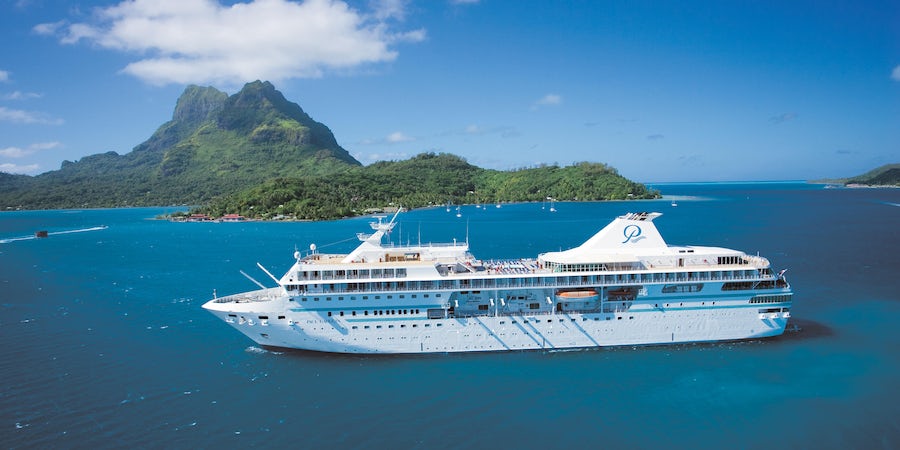 (3:25 p.m. EST) -- Two new ships have been ordered for South Pacific cruise line Paul Gauguin Cruises, which has been operating cruises from Tahiti since 1997 with a single vessel, Paul Gauguin.

The new order, which will triple the size of Paul Gauguin's fleet, comes as a result of the line's recent acquisition by French cruise operator Ponant. Ponant has ordered two 230-passenger ships from Italy's Fincantieri shipyard on behalf of Paul Gauguin.

The two currently unnamed vessels, modeled after Ponant's Explorer-class ships, are scheduled to enter service in 2022 for sailings around the South Pacific.

While details on the new ships are still forthcoming, Fincantieri said in a statement that the vessels will partially use battery power, allowing them to operate without emissions when at anchor and in environmentally sensitive areas.

"This agreement for two additional ships allows us to develop the Paul Gauguin brand acquired a few weeks ago and consolidates our position as the world leader of luxury expedition cruise," Jean Emmanuel Sauvee, CEO of Ponant, said in a statement. "...These two new vessels will cut their engines and cease all emissions each day during each stop, for nearly 10 hours per day. Small-capacity ships at the cutting edge of technology and environmental preservation, and this project fully matches our philosophy of sustainable tourism."