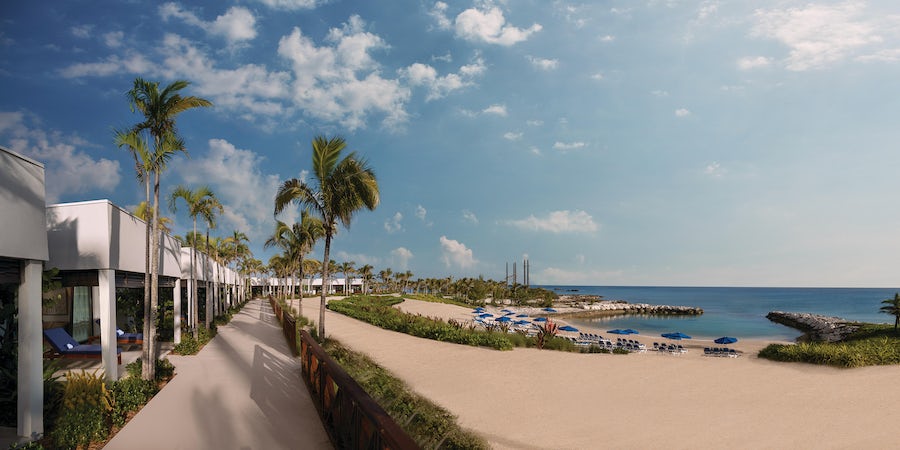 The 38 private, air-conditioned villas range in size from studios to one- and two-bedroom spaces. Each features a daybed, a TV with on-demand entertainment, armchairs, an outdoor patio with lounge seating, and a full bathroom.

Villas at Silver Cove include access to a private beach and the dedicated Silver Cove Restaurant and Bar.

"We were the very first in the industry to have a private island, Great Stirrup Cay, offering our guests a chance to enjoy the very best of an exclusive island experience," said Norwegian Cruise Line president and CEO Andy Stuart in a news release. "Today, we are providing our guests with a preview of how Great Stirrup Cay is evolving and showcasing our vision for the future with the unveiling of Silver Cove, our exclusive beachfront area."

In addition to the villas, Great Stirrup Cay is also showcasing a new oceanfront lagoon area, a new zipline experience that extends up to nearly 3,000 feet in length, a shoreside Mandara Spa and a Moet Bar so cruisers can unwind during their port day with a massage or a flute of Champagne.

The first look at Silver Cove came with a call from Norwegian Encore, fresh from the shipyard as of October, and awaiting its christening in Miami on November 21.

Cruise Critic will be onboard Encore this week, and reporting from Great Stirrup Cay this weekend.