You may also like
Dismiss
2019 Atlantic Hurricane Season Outlook: What Cruisers Need to Know
Coronavirus: Updated Cruise Ship Policies and Cancellations Because of COVID-19 (2021)
13 Times This Cruise Cat Was Absolutely Purr-fect For Halloween
Cruising the Newest Ship Afloat: Live From Celebrity Apex
Live From Celebrity Edge: A Cruise That Seems Normal Again; "I'm So Hopeful"
Royal Caribbean's Odyssey of The Seas Cruise Ship Officially Christened
Celebrity Beyond Completes Sea Trials; Moves One Step Closer to Debut
Celebrity Cruises Partners with Annie Leibovitz, Renowned Photographers in Project That Recognizes Diversity in Travel
These Ships Are Coming Back To The U.S. in 2022: Here’s Why You Should Care
Royal Caribbean Starts Construction On New Utopia Of The Seas Cruise Ship 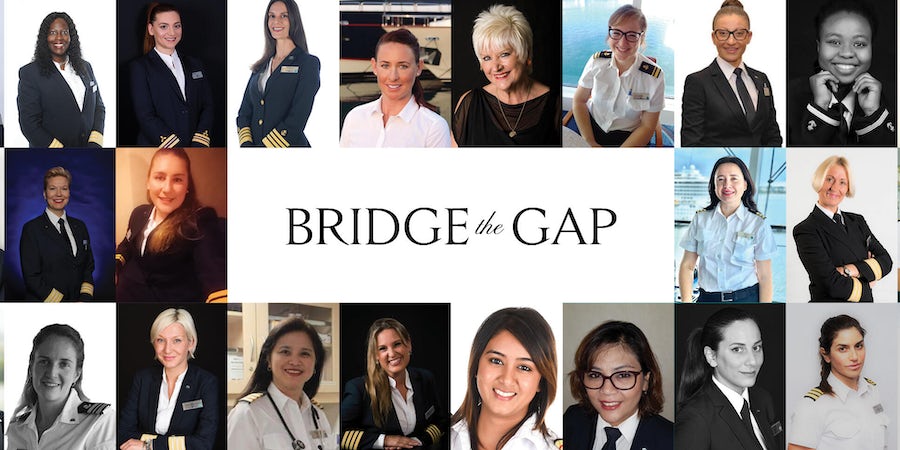 "We've been celebrating International Women's Day for two or three years," Celebrity president and CEO Lisa Lutoff-Perlo told Cruise Critic in an exclusive interview. "As we thought about what we could do this time, we really wanted to amp it up. We wanted to do something different and meaningful, rather than me just show up on a couple of ships and invite our guests to wear red."

When presented with the idea, Lutoff-Perlo didn't even know if it would be possible. "I said 'Can we even do that? Do we have enough women in our fleet?' I know we've gone from 3 to 22 percent female, but that doesn't mean that we've got every level covered."

But, as it turns out, the company had women at every level needed, both on the bridge and on the hotel operations side.

"It's a testament to what we've accomplished as a brand, that we actually have enough women that we can do this," Lutoff-Perlo said.

Celebrity has been pushing its way past the gender equality glass ceiling for several years. Led by Lutoff-Perlo, it is one of just a handful of cruise lines with a female CEO, and it was the first big cruise line to hire a female cruise ship captain. Fleetwide, 22 percent of the line's bridge team is made up of women -- a percentage Lutoff-Perlo would like to see continue to grow, though she admits as of now there just aren't enough women choosing careers at sea.

She hopes special sailings like this one, or seeing Captain Kate on her regular sailings, will inspire young girls.

"I hope a little girl on our ship will say what a lot of little girls say when they see Captain Kate: 'I can grow up to be anything I want to be.'"

The bridge crew and officer team on the March 8 Celebrity Edge sailing will comprise 27 women from 17 different countries, including Spain, Finland, the U.K., Bulgaria, the Philippines, Romania, the Netherlands, Greece, Malta and Ghana. Also onboard will be second officer Nicholine Tifuh Azirh, who became the first-ever West African women to work on the bridge of a cruise ship when she was hired by Celebrity in 2017.

"Excitement does not even begin to describe how I'm feeling about working alongside these incredible, barrier-breaking women on Celebrity Edge for this truly historic sailing," said Captain McCue. "I am inspired every day by the amazing women we have working throughout this organization -- both on land and at sea. They're proof that there's power in diversity."

The celebration of women will not stop at the personnel. Some of the onboard programming during the one-week cruise will also focus on women. They include evening gallery exhibitions and art auctions featuring female artists; an exclusive jewelry collection from a female jeweler; film screenings that focus on iconic female directors, leads and inspirational narratives; "Women of the World" themed trivia; and a Q&A panel with the ship's female leadership team.

Those interested in joining this landmark sailing can book a cabin here.