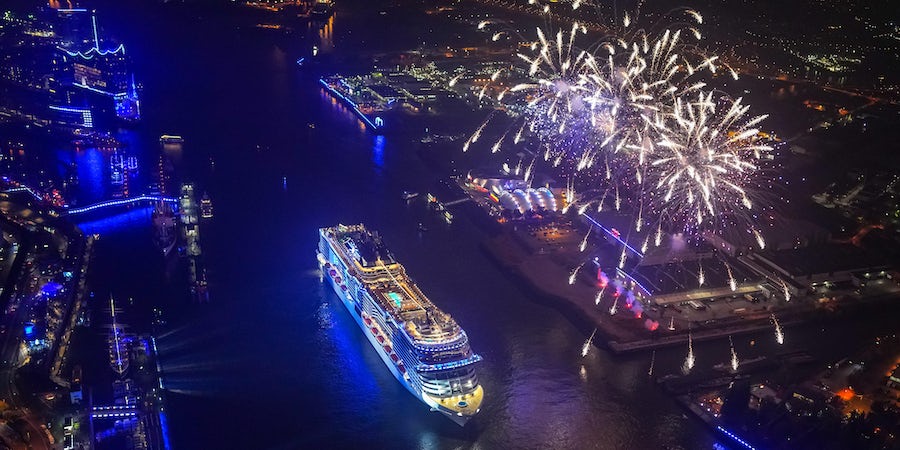 Screen icon and Godmother to the vessel Sophia Loren, who has named all the line's ships, cut the ribbon in the ship's 93m-long promenade, smashing the bottle successfully against the hull.

Five days of ceremonies in Hamburg preceded the event, including an immersive blue light show on the ship and around the port and a shoreside pop up "village" with food and music which attracted 5,000 locals.

MSC Grandiosa sets sail for the UK tonight, arriving in Southampton on Tuesday, for another night of celebrations. The ship then departs for Lisbon, Portugal; Barcelona, Spain; Marseille France and Genoa, Italy, before starting seven-night Western Mediterranean cruises on 23 November.

MSC Grandiosa is part of the Meraviglia class, but designated "Meraviglia-plus" and is 15 metres longer at 331 metres and larger, carrying more than 6,000 passengers. It will be followed by a sister, MSC Virtuosa, next year.

It boasts a number of firsts, including:

• The longest LED screen at sea in the main promenade

MSC claims it is one of the most environmentally-friendly megaships at sea, and it includes a number of cutting-edge technologies to reduce emissions and waste. The line has pledged to become the first carbon-neutral cruise line by January 1, 2020.