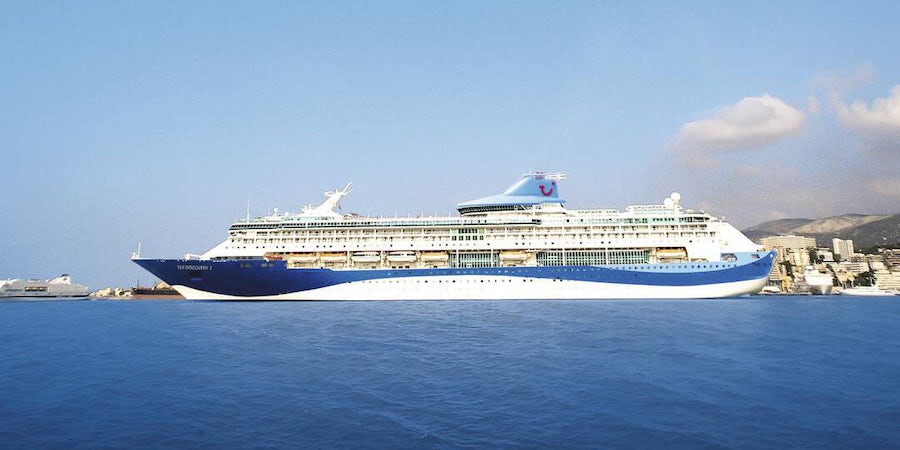 (9.30 a.m. GMT) – Jamaica will welcome its first cruise passengers to Port Royal, a sunken city across the bay from Kingston, in January.

Marella Discovery 2 will be the first ship to call in at the heritage city made famous in the first instalment of the Pirates of the Caribbean franchise.

The move is the first part of a plan to encourage cruise lines with smaller vessels to offer round-Jamaica cruises, according to Jamaica’s tourism minister.

Speaking at World Travel Market in London, Edmund Bartlett, said: “Port Royal for us is a magical destination. The original town sunk in an earthquake in 1692, and just a small part remains.

“Our aim is to reproduce what it was like at the time of the earthquake and recreate the culture and lifestyle of the era.

“The redevelopment of Port Royal is part of a bigger plan to attract those lines which operate smaller ships to offer round-Jamaica cruises.

“We have plenty of ports which smaller lines can choose from including Negril, Montego Bay, Ocho Rios and Falmouth.”

Due to the sensitivities of developing such a historically significant area, passengers will have a unique way of approaching the port – via a “seawalk”, a blow-up pontoon that inflates when a ship arrives and is deflated after it has left.

Port Royal lies just a short ferry ride across the bay from Kingston, the capital. The preserved buildings in the harbour have been described as the “Pompeii of the Caribbean”. Port Royal boasts National Gallery of Jamaica, as well as a few houses which are still standing from before the earthquake.

Jamaica saw a dip in cruise passengers this year, due to cruise line itinerary changes, to 1.7m – a figure Bartlett expects to dip even further next year.

“There were some rearrangement of itineraries in favour of some new ports in Mexico Costa Maya and Honduras and that affected us.

“We don’t expect that to change much next year, but we expect a pick up in passengers from 2021/22.”

The increase in passengers will be because the Cayman Islands is currently developing a “megaport” in Georgetown, which will allow larger ships such as Royal Caribbean’s Oasis-class ships to create Western Caribbean itineraries which will call in at Jamaica and Labadee, in the Dominican Republic.