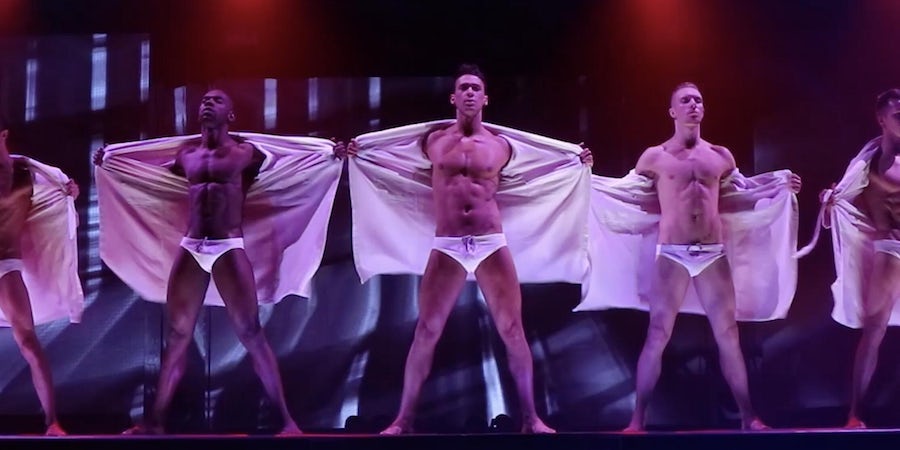 Move aside, Thunder From Down Under. Dream Cruises has unveiled a risqué adults-only show, believed to be the first of its kind on a cruise ship.

The world premiere of ‘After Dark: Dream Boys’ took place aboard the inaugural Australian sailing of Explorer Dream, and it's here to stay for summer.

The new show is advertised in the ship’s Dream Daily newsletter as “a ladies night where your fantasies will really come to life” with five “sexy and muscular male dancers” promised to “melt you down with their powerful, hot and seductive moves”.

Dream Boys was attended by mostly female passengers who stayed up past midnight on the last night of the cruise to witness the wild performance. Women were invited up on stage to participate in some of the acts, much to the delight of the enthusiastic audience. In the show’s climax, full-frontal nudity was narrowly avoided with strategically placed captain’s hats.

The Dream Boys troupe comprises dancers from around the world including Brazil, Mexico, Mongolia, Russia, Belarus and Ukraine. As part of the Explorer Dream production cast, they also perform in other musicals on the ship and rehearse eight hours a day, six days a week.

“There was a lot of fun in the creation of the show -- it was a great team effort, led by dance captain Rafa Santos,” said Dream Cruises’ senior vice president of entertainment, Colin Kerr. “Our entertainment team really wanted to create something the Australian and New Zealand guests would enjoy and find fun. Everyone loves a bit of audience participation.”

After Dark: Dream Boys will be held once per cruise while Explorer Dream is based in Australia and New Zealand this summer. Tickets cost $30 each and can be purchased onboard by passengers aged over 18.

Cameras and phones are not permitted in the Zodiac Theatre during the show, but you can check out this preview video.