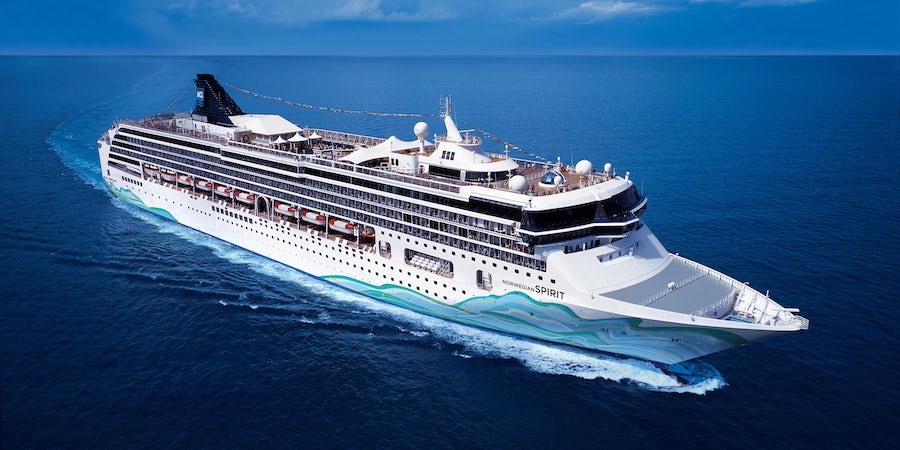 (4:50 p.m. EDT) -- Norwegian Spirit will undergo a 40-day, $100 million refurbishment starting January 2020. It will be the last ship in the Norwegian Cruise Line fleet to undergo the line's Norwegian Edge refurb program. When the ship emerges from dry dock it will have 14 new venues, additional staterooms, an expanded Mandara Spa and new hull art.

"We are excited to reinvigorate Norwegian Spirit so that she continues to provide lasting memories for guests as they sail to some of the most exotic destinations around the world," said Andy Stuart, president and CEO of Norwegian Cruise Line.

Cruisers on Norwegian Spirit after the refurb will find new dining venues, including complimentary options. A third main dining room, Taste, will be added and the Blue Lagoon Cafe will be replaced by the line's 24-hour pub, The Local Bar and Grill. The ship's current buffet, Raffles Court & Raffles Terrace, will be replaced by the line's signature Garden Cafe, which will include Great Outdoors extension (along with Great Outdoors Bar).

Norwegian Spirit will also become the second ship in the fleet to get an Onda by Scarpetta, a new-to-the-line fine dining restaurant debuting on Norwegian Encore in November 2019.

Other new venues will include the Waves Pool Bar, Bliss Ultra Lounge, Spinnaker Lounge and the Humidor Cigar Lounge.

The refurbishment will also see the current Mandara Spa onboard Norwegian Spirit double in size to nearly 7,000 square feet. The new space will include an extra-fee relaxation area with heated loungers, a new Jacuzzi room, a sauna, a steam room and a water therapy experience. Pulse Fitness Center will also be expanded.

The line's popular extra-fee, adults-only daytime lounge, Spice H2O will also be added. It will feature two new whirlpools and a bar, and will replace the kid's water park. At night, Spice H2O is an after-hours entertainment venue.

When Norwegian Spirit returns to service in February 2020, it will visit 10 new ports of call across three continents. Its first two voyages after the revitalization will be a 20-night exploration of Europe and Africa, followed by a series of Asian voyages through the end of the year.

Among the new ports of call will be the line's first visits to Bali, Jakarta and Surabaya in Indonesia; Beppu, Kumamoto, Nagoya and Tokyo in Japan; Taipei in Taiwan; and Yangon in Myanmar.