You may also like
Dismiss
P&O Cruises Reveals Gary Barlow as New Cruise Ambassador and Musical Director
Coronavirus: Updated Cruise Ship Policies and Cancellations Because of COVID-19 (2021)
Just Back From Hurtigruten's Finnmarken: The First Cruise Ship to Set Sail, Post-Covid
Norwegian, Royal Caribbean Team Up To Create Cruise Health and Safety Protocols
Marella Cruises Reveals New 2021/22 Itineraries to the US, Caribbean and Asia
Popular Royal Caribbean Cruise Ship To Homeport From Barbados For First Time
Live From Royal Caribbean's Odyssey of the Seas: Why You'll Never Be Bored on This Cruise Ship
Emerald Cruises Officially Launches in Australia
These Ships Are Coming Back To The U.S. in 2022: Here’s Why You Should Care
Are Cruise Lines Increasing Gratuities in 2023? 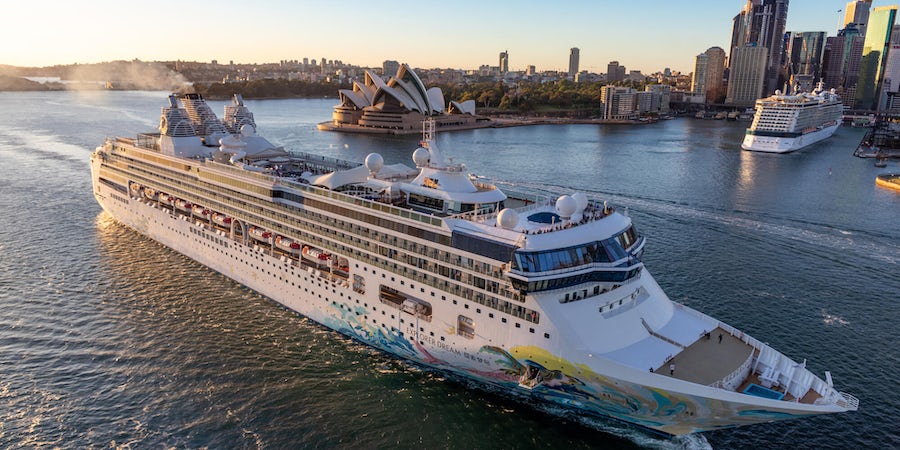 Explorer Dream’s arrival in Sydney today not only marked a new era for Dream Cruises as its first ship to sail beyond Asia, it's also paving the way for fleetmates to follow.

Dream Cruises president and head of international sales Michael Goh, at a launch event at White Bay Cruise Terminal, said the ship would test the line's popularity in Australia during its inaugural four-month season, as well as next year when it returns for another summer.

“Over time we will bring bigger ships down to Australia; that’s the plan,” he said.

Goh said the company had expanded at a rapid rate with three ships launched in three years, and two more -- Global Dream I and II -- due to be launched in 2021 and 2022.

Explorer Dream, which has been treated to a US$54 million upgrade, was formerly SuperStar Virgo when cruising with sister line Star Cruises, so it has generated plenty of nostalgia with past passengers, according to Brigita Devries, vice-president sales and marketing, Australia and New Zealand.

Locals will make up 70 to 80 per cent of guests on the 18 cruises this season (from November 2019 to March 2020), with the remainder drawn from south-east Asia, Hong Kong, Taiwan and China. More than 1,500 passengers are booked the first cruise from Sydney -- a seven-night roundtrip with calls at Newcastle (28 October) and three ports in Queensland.

Chef Mark Best, who has lent his name to a restaurant and created its seafood dishes, is aboard the maiden Australian cruise and will also join a New Zealand sailing and the relocation cruise to Shanghai in March. Best, whose Sydney restaurants have been awarded three hats in the Good Food Guide, said his cuisine featured the best local ingredients such as Bateman’s Bay oysters, Murray Cod and crayfish. During his time on the three cruises, he will lead several “farm to table” shore excursions.

Originally launched in 1999, Explorer Dream is a 75,533-gross tonne ship with capacity for 1,856 passengers in lower berths. The US$54 million investment has largely been spent on creating a “ship within a ship” exclusive enclave with 44 suites called The Palace, along with new restaurants. All accommodation and public areas have also been upgraded. (Read our full review after our seven-night cruise this week.)

Entertainment during the media event showcased the ship's performers, which include male dancers known as the Dream Boys, who star in the After Dark "ladies night" show. Each evening features a different themed party including retro 70s, Mexican and Under The Sea. Other activities include a virtual reality experience, magic show, live music and a talent show for passengers to compete.