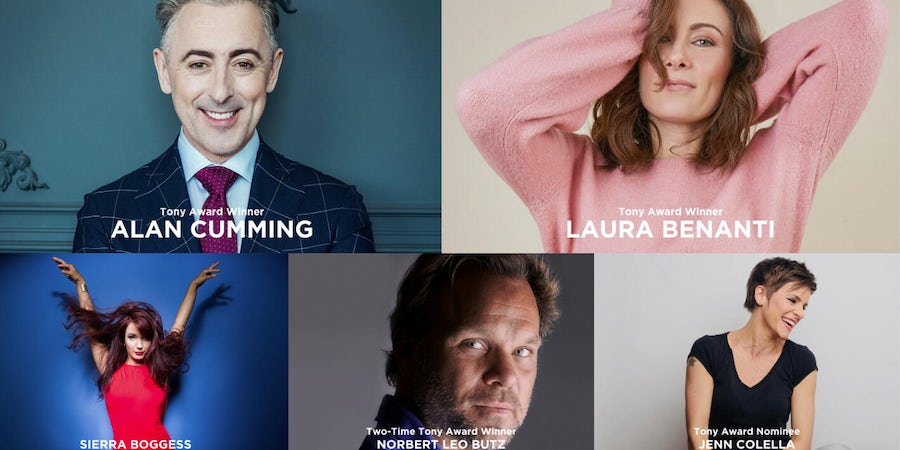 Other Broadway actors confirmed onboard include Sierra Boggess of "School of Rock" and "The Little Mermaid," two-time Tony Award winner Norbert Leo Butz of "My Fair Lady," Jenn Colella of "Come From Away," Norm Lewis of "Porgy And Bess" and Les "Miserables" and Taylor Louderman of "Mean Girls" and "Bring It On."

In addition to actors, other members of stage production will be onboard to share their talents with the cruisers. Makeup designer Joe Dulude II of "Wicked," "Beetlejuice" and "SpongeBob SquarePants" will offer demonstrations and interactive sessions with passengers. Costume designer Paul Tazewell of "Hamilton" and "The Wiz LIVE!" will discuss how his creative process led to Tony Award success.

Tony-nominated choreographer Kelly Devine of "Come From Away" and "Rock of Ages" will teach dance classes onboard every day of the voyage.

Chris Jahnke of "Dear Evan Hansen" and "Les Miserables" will be the onboard music director and supervisor of the ensemble of Broadway performers.

The four-night Broadway Cruise departs New York City on October 10, 2020 and stops in Bermuda before returning. More performers are expected to be announced in the coming months.

Cabins go on sale on October 24 and prices start at $995 per person. Passengers who want to catch a Broadway show before or after the cruise can add tickets to their vacation plan at the time of purchasing their cruise fare.