You may also like
Dismiss
The Best – and Worst – Cruise Experiences of 2018
Live From Caribbean Princess: Cruising With An Ocean Medallion
Live From Carnival Sunrise: First Impressions of Triumph's Extreme Makeover
Just Back From Celebrity Flora: The Most Luxurious Ship in the Galapagos
Live From Celebrity Millennium: New Cruise Ship Spaces, Plus American Ballet Theatre Program
Live From: A Culinary Cruise Onboard Genting Dream
Live From Sky Princess: Hits & Misses From Princess’ Newest Cruise Ship
The Best – And Worst – Cruise Experiences of 2019
Live From Regal Princess: Setting A Cruise Vow Renewal World Record
Live From the Impractical Jokers Cruise: 7 Takeaways From Our Time Onboard 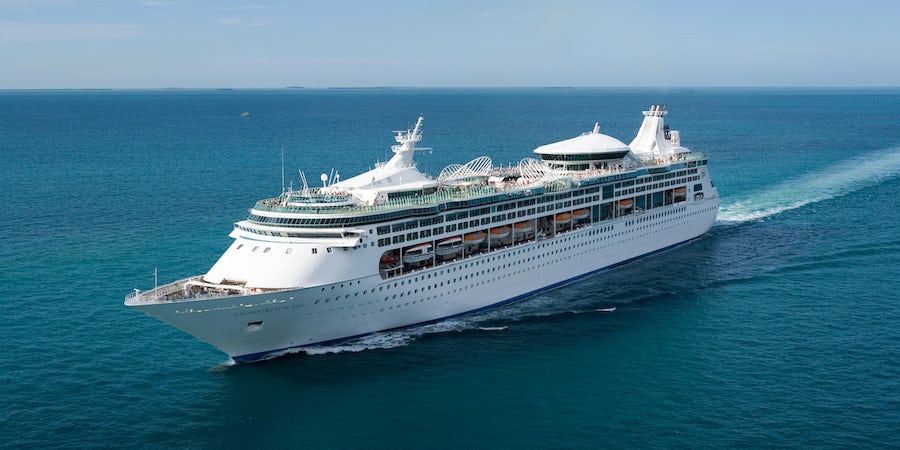 Just Back From Enchantment of the Seas: 4 Things We Love About Mid-Sized Cruise Ships

With more, large cruise ships coming out every year, we spend most of our time at sea on ships that hold at least 4,000 people. We love the excitement and bells and whistles these big ships provide. But it's always refreshing to get onboard some of the industry's mid-sized ships, which remind us of why we fell in love with cruising in the first place.

Such was our experience on an Enchantment of the Seas cruise out of Galveston. The ship can hold 2,730 passengers at maximum capacity; our sailing had some 2,600 people onboard but most of the time it felt like there weren't nearly that many. We always found a table in the buffet and in the theater for every evening show, and there was never a long line to get off the ship in port.

Here are four things Enchantment of the Seas reminded us of about cruising on mid-sized ships, and one thing to watch out for when choosing a mid-sized ship.

We're so used to avoiding the buffet on a big ship that we apprehensively headed up stairs for lunch on a sea day just to see how bad the lines were. We had no intention of staying to eat.

At first, it looked just like we'd expected, a mess of people -- but it didn't take long for certain facts to make themselves apparent. No one was actually waiting more than a minute to get to the dish they wanted. (The sole exception being the omelet station on a port day morning.) And there were plenty of empty seats. So we stayed, had a tasty meal and didn't have to worry about not being done in time to catch the belly flop competition.

One of our favorite things about being on the big ships is that we always hit our walking goal of 10,000 steps easily. On a mid-sized ships, it's not quite as easy, which is actually great. With our cabin on Deck 8, there's no deck onboard from which we can't walk up or down the stairs and then to our cabin. Even if our cabin was on Deck 3, it wouldn't be such a chore to walk to the buffet on Deck 9.

And getting from front to back? It takes less than two minutes, so anyone with walking challenges should have no problem getting from any elevator bank to their room. We love it, too, because if we forget a sweater or book, it's easy to run back to the room and grab what we need without too much effort.

3. It's Less Expensive Onboard

A medium-sized cruise ship means less space for optional venues and that means fewer surcharges. Enchantment of the Seas has just two optional dining venues: a steakhouse and a limited seating, but almost daily Chef's Table. There's also an extra fee coffee bar and a Ben & Jerry's counter, but when it comes to extra-fee food, that's it. There are also no high-tech bells and whistles onboard, so no spaces that need a surcharge to justify their presence. Ultimately, that means it's easier to stick to your budget onboard, especially if you opt for a pre-paid drinks package or avoid extra-fee drinks altogether.

With that said, crew onboard do find ways to get you to part with your money. From carts loaded with mimosas and Bloody Marys in the buffet at breakfast to a retail clerk selling Inch of Gold jewelry at the entrance to the pool deck you should still keep an eye on your discretionary spending if you're on any kind of budget.

4. It's Easier to Make Friends

One of the most frustrating things about big ships is that when you meet someone by chance -- say at a shared table for breakfast or on a tender coming back from port -- you might never bump into them again. On large ships, with thousands of people, it's never a guarantee that you'll see that potential new friend again. But on mid-sized ships, that's not a problem. We met folks at shared tables for breakfast and lunch that we saw several times again throughout the cruise, whether it was at trivia or karaoke or just walking down the hall.

Older and smaller ships don't always conform to what we expect. Case in point: a basketball court. After a full walkthrough of Enchantment of the Seas from top to bottom, we found ourselves confused when we never came across one, a feature that you find on very cruise ship of a certain age we've ever been on has had it. We checked the map. Nope, Enchantment of the Seas doesn't have a sports court. Yet another reason to make sure you do your pre-trip research.

Enchantment also doesn't have a zipline, a fact we knew but a couple we met at breakfast one morning did not. With every Royal Caribbean commercial showing off ziplines and Flow Riders it's not surprising that they expected at least one of these attractions on their very first cruise.