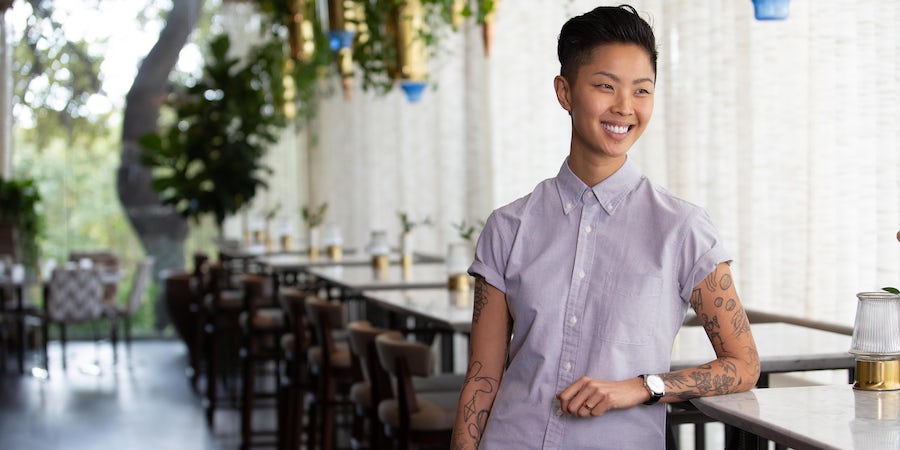 (11:45 a.m. EDT) -- Holland America Line is set to debut a new pop-up dining experience, the multi-course Pinnacle Gala, which will be featured in The Pinnacle Grill on cruises of 10 days or longer. The menu will feature dishes from "Top Chef" season 10 winner Kristen Kish, who the line has added to its Culinary Council.

Kish, whose Arlo Grey restaurant is located in Austin, Texas, will create dishes for the menus in the main dining room, as well as for the Pinnacle Gala.

Kish was born in South Korea and adopted into a family in Michigan. She attended the Le Cordon Bleu culinary school in Chicago and is one of only two women to win Bravo's "Top Chef" cooking competition TV show. She published her own cookbook, "Kristen Kish Cooking," in 2017.

Her dishes showcase French and Italian traditions but are also influenced by her upbringing and world travels.

"We set out to bring together a diverse group of renowned chefs to guide our menus and wow our guests in every dining venue onboard," Ashford said of the Council. "They each excel in their own specialty, so whether it's appetizers, main courses or dessert, our guests are going to have a memorable and elevated experience."

The line doesn't have details yet about which ships will receive the Pinnacle Gala first but says the program will roll out in the first part of 2020 with menu details available by the end of this year.