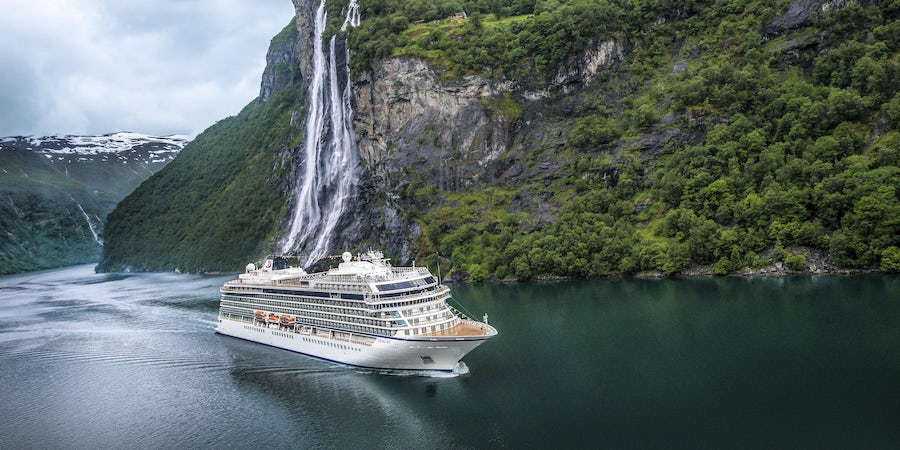 (4 p.m. EDT) -- Viking Cruise' most loyal customers are receiving details about the company's much-rumored expedition ships, which will pair the best features of Viking's award-winning oceangoing ships with the polar capabilities of a true expedition vessel.

Two new ships – Viking Octantis and Viking Polaris – will debut in 2022 with cruises to the Arctic and Antarctic regions. Arctic expeditions will sail roundtrip from Tromso, Norway, to Svalbard, while the company's Antarctic voyages will operate out of Ushuaia, Argentina (with pre-cruise stays in Buenos Aires).

Viking Octantis and Viking Polaris will carry 378 guests and have a crew of 260, for a passenger-to-crew ratio of 1.66. The 30,150-gross ton vessels will have Polar Class 6 ice rating that will allow them to comfortably navigate in ice conditions.

Both new vessels are slightly smaller than Viking's current oceangoing fleet, with six passenger decks and an overall length of 672 feet.

The ships will feature many of the spaces that have made Viking's oceangoing fleet a hit since the debut of its first vessel, Viking Star, in 2015. Viking Octantis and Viking Polaris will have Viking's casual Living Room space; dining venues that include The Restaurant; Manfredi's (Italian); the World Cafe (casual); and Mamsen's, featuring a host of Norwegian specialties culled from the family recipes of Chairman Torstein Hagen’s beloved mother.

Early information, revealed on Cruise Critic’s member forums, indicates staterooms will start at a generous 269 square feet and top out with the 1,448-square foot Owner's Suite. Like Viking's existing ocean fleet, all cabins aboard its expedition ships will have private balconies.

Viking's expedition ships will be equipped with inflatable Zodiac rafts; rigid-hulled "ribs"; and a fleet of kayaks. The ships will also feature ample open deck space, including an elongated observation area on the ship's bow.

Viking plans to announce further details of both vessels and its expedition product January 15, 2020. The cruises will go on sale January 16, 2020.