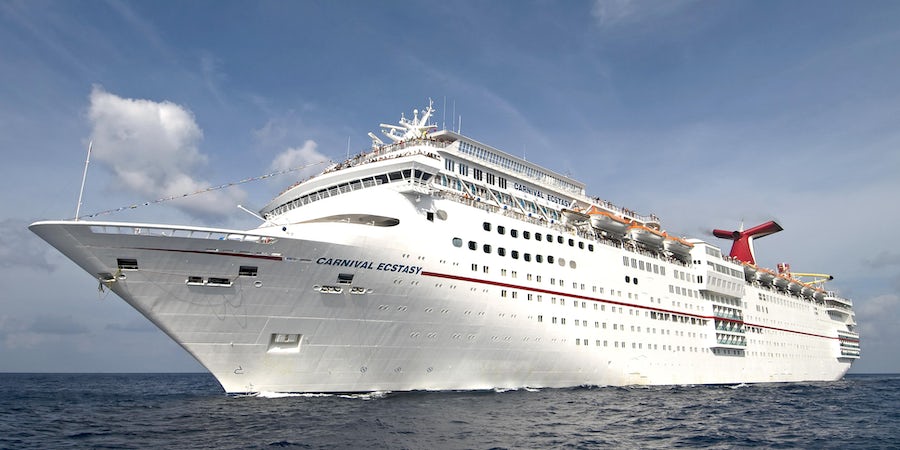 (2 p.m. EDT) -- Carnival Cruise Line's Carnival Ecstasy has become the first cruise ship to return to the Grand Bahama Shipyard in Freeport since Hurricane Dorian devastated parts of the Bahamas in August.

"We're very proud to be the first cruise ship to return to the Grand Bahama Shipyard post-Dorian, as we are happy to assist in the economic recovery of the Bahamas, a valuable partner for Carnival for many decades," said Lisa McCabe, Carnival's vice president of hotel refurbishment.

In addition to conducting routine maintenance on the 1991-built ship -- the line's second-oldest -- the refit will add a Bonsai Sushi Express eatery, a new video arcade, a new Dreams Studio photo venue and upgrades throughout the ship's retail shops. Carpeting replacement, tile work and furniture work will also be completed as needed.

Partially owned by Carnival Corporation, Grand Bahama Shipyard officially resumed operations earlier this month, welcoming the first commercial (non-cruise) ship into its facilities post-storm. The yard estimates that 15 ships (of all kinds) will be dry docked at its facilities through the remainder of the year. More than 600 people are directly employed by the shipyard, which generates additional economic activity for the island of Grand Bahama.

Carnival Ecstasy will resume its year-round schedule of four- and five-day voyages from Jacksonville to the Bahamas on October 17.